The US presidential election is still up in the air, but one thing is for certain: the movement created by Donald Trump is alive and well, and more solid than pundits expected.

No matter if he wins or loses, Trumpism looks set to live on.

Republican political pundit Sophia A Nelson summed it up quickly: “The Trump movement is real. And it’s here to stay.”

Despite being repeatedly, and wrongly, described as only older, white and rural, Trump’s base will help deliver the third highest vote total in American political history, behind only Joe Biden, and Barack Obama in 2008.

Hispanic voters, often expected to lean left, turned to Mr Trump this time around. Their turnout in Florida helped him easily defeat Mr Biden in the Sunshine State in Tuesday’s election.

“Ahead of the election, a lot of pundits talked about how Trump wasn’t bringing new voters to his camp,” said Abraham Gutman, who is on the editorial board at The Philadelphia Inquirer.

But he will have, at a minimum, won about five million more votes this time around then he did in 2016 against Hillary Clinton.

“Regardless of the eventual outcome – in the state contests for electors or in the popular vote margin – the media needs a serious post-mortem to explore how, despite so much ink spilled on Trump voters, the story of the growth of the Trump movement was totally missed,” Mr Gutman said.

Mr Trump staged dozens of campaign rallies in the run-up to Tuesday’s showdown at the polls with the Democratic former vice president. He was regularly greeted by sizeable crowds.

Truck parades for the Republican incumbent rolled through town after American town, as did boat processions in waterfront communities. 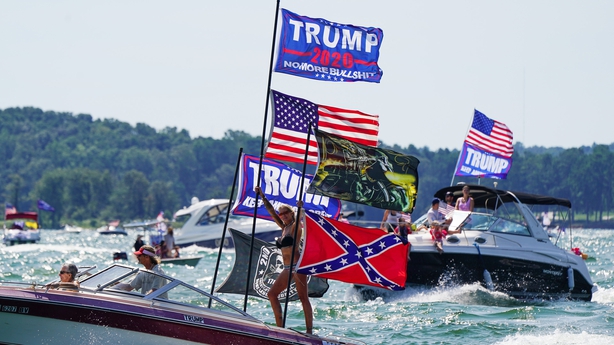 All were evidence of a wide base of support.

“His supporters love him. They love him for this fact that he keeps America first and Americans first,” Jim Worthington, the founder of People4Trump, told AFP in a phone interview.

“They realise that he’s fighting for them. We broadened our coalition,” added Mr Worthington.

Mr Trump’s controversial handling of the coronavirus pandemic, which has so far claimed the lives of more than 233,000 Americans, his tough immigration policies and his brash style of speaking have not dissuaded his fans.

The property tycoon turned world leader is still one of the most popular Republicans in recent memory, since Ronald Reagan.

His supporters “have a real affection for this guy despite all of his flaws or maybe because of his flaws”, said John Feehery, a lobbyist with EFB Advocacy who has worked with several Republican politicians.

He also strikes a chord with voters who have a “desire for nationalism”, Mr Feehery said.

“If Trump hadn’t existed, someone would have had to invent him.”

If Mr Trump eventually wins the election, his future and political legacy won’t be clear for another few years.

If he loses, “I don’t think the movement goes away,” said Mr Worthington.

“I think everybody regroups. He’ll decide what pathway for all of us that we would take and I think we would galvanise together.”

As for his overall influence on the Republican Party, which has massively rallied behind him over the past four years, many think a loss in 2020 would likely not adversely affect it.

Even with a narrow White House defeat, the Republicans are on course to maintain their Senate majority and did not lose in spectacular fashion in the House of Representatives.

“Things worked okay for a party that he led and that will presumably continue to influence the direction that things go once he’s not on television so often,” said Daniel Schlozman, a political science professor at Johns Hopkins University.

“These are the circumstances under which parties are more likely to stay the course than say, ‘We need to do something very, very different’.” 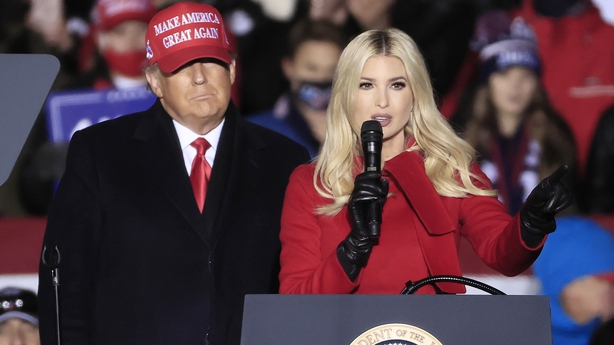 For David Hopkins, an associate professor of political science at Boston College, Mr Trump “has had and will continue to have a major influence on the Republican Party” for at least the next four years, even if he loses.

Mr Feehery said that if Mr Trump loses this time that he “wouldn’t be surprised if he ran again”.

Mr Worthington said he believed the billionaire businessman would have “a tonne of support” if he ran again in four years.

When asked about a possible new wave of Trump politicians, Mr Worthington said he saw daughter Ivanka, not eldest son Don Jr, as the “heir apparent”.

“She is just a very impressive person,” he said, noting he worked with her on the President’s Council on Sports, Fitness and Nutrition.

But Prof Hopkins cautioned: “It’s clear that part of Trump’s appeal is his own personality, which might not be able to transfer to other figures once he himself is gone from the scene.”