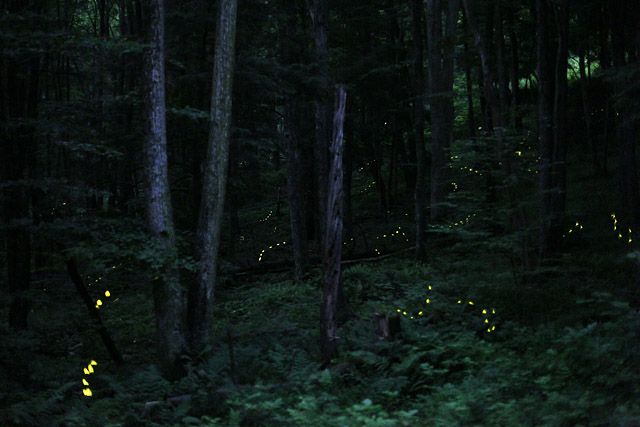 It was an early June evening, and two scientists, physicist Raphael Sarfati and computer scientist Orit Peleg, can be found deep in the forest trail in Great Smoky Mountains National Park, bringing with them gear that is vital to photographing their subject, like butterfly nets, and GoPro cameras. Their subject: fireflies who turn on and off their lights in sync with each other.

Unlike many firefly species that flash in individualized patterns for months every summer, these special fireflies display in a specific, collective pattern that the scientists wanted to track.

With their tent and cameras set up and dusk descending, the sporadic blinking of individual fireflies harmonized into synchronous flashing. “They are everywhere around you. You can’t even count how many there are, all flashing at the same time for a few seconds and then they all stop at the same time as well. It’s dark and then it picks it up again,” Sarfati says. “It’s really astonishing.”

But why fireflies? Their study, it turns out, would be helpful in improving robot communication and synchronization in the near future.

Learn more details about this study over at Smithsonian Magazine.