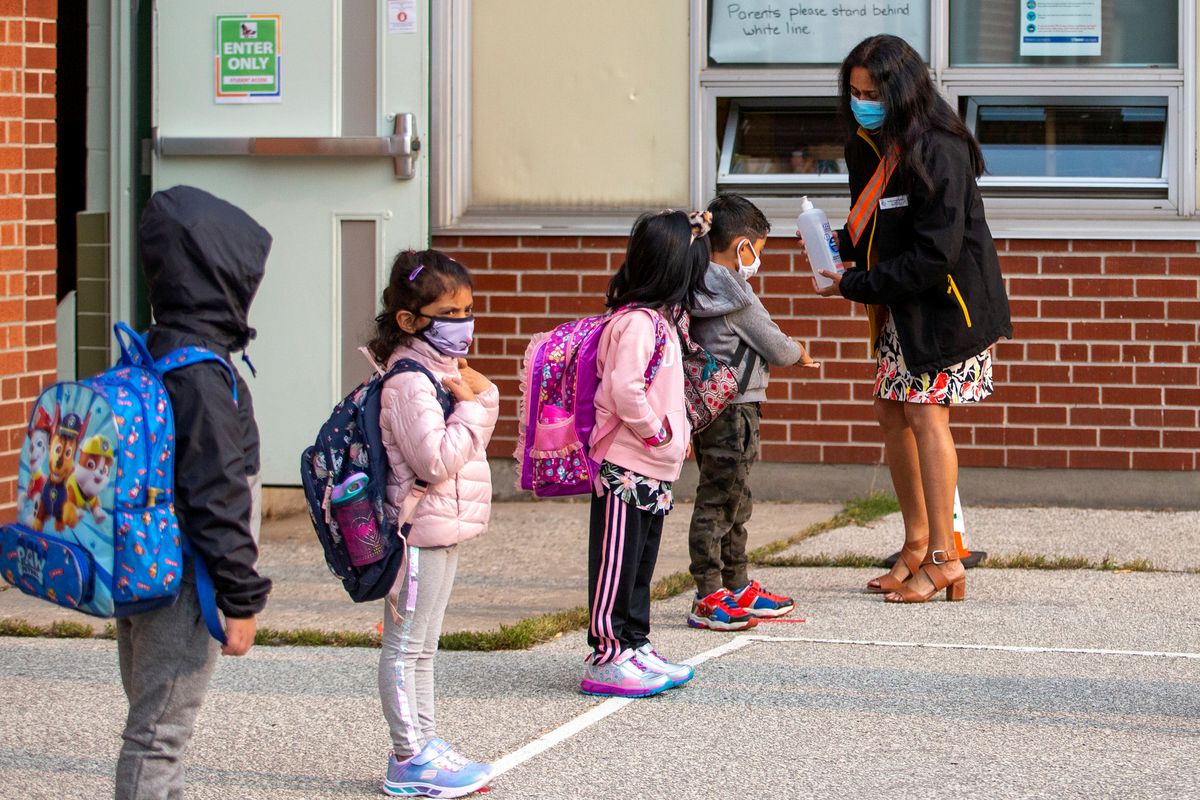 One month after schools started opening across the country, the majority of classroom COVID-19 cases have been limited to one or two students or staff, with about a dozen schools experiencing the major outbreaks and closings many parents feared.

While the number of classrooms with cases climbs by the dozens every day, few schools have had more than a handful of cases so far. A volunteer group called COVID Schools Canada has tracked parental notifications of infection for 1,104 schools.

Among Ontario’s 249 schools with infections, 10 had more than two cases, according to the province’s data. The 512 Quebec schools with active cases average two cases per school. Ontario has 4,828 schools while Quebec has 2,997.

Public health experts say the level of COVID-19 in schools is a reflection of how the virus is spreading in their communities.

“We were afraid schools would be an incubator for the next wave of cases, but in fact it’s the opposite,” said Dr. Caroline Quach, who heads the infection prevention and control unit at CHU Sainte-Justine hospital in Montreal. “Most of what we’ve seen so far is from the community, from parents, friends. We’re not getting transmission within schools, not on a large level.”

Reliable and comparable school COVID-19 statistics are rare among Canadian provinces, but a Globe and Mail tally from provincial data, school boards and media reports, found at least a dozen schools closed because of larger COVID-19 outbreaks that infected at least 140 students and staff.

At least five schools have closed in Quebec, three in Ontario, two in Saskatchewan and one in Alberta. At least four of them have since reopened.

While Ontario officials have closed schools with four or five cases, Quebec’s closings usually involved 15 to 35 cases. Quebec has also sent home 512 classes with smaller outbreaks or high risk of transmission. (At least 123 classes have returned to school after quarantine.)

No schools have closed in British Columbia or the Atlantic provinces. In Alberta, six schools have five or more cases and about 41 more have between two and four COVID-19 cases.

School cases have actually dropped in Alberta from 205 in the first week of classes to 122 last week. “I want to highlight these numbers not to minimize the importance of school safety but to emphasize the importance of limiting community transmission,” said Alberta’s Chief Medical Officer, Dr. Deena Hinshaw.

Quebec is the province hardest-hit by the virus and sent students back to school first, with most starting Aug. 27. Since reopening, the province has reported a total of 635 schools with 1,640 cases among students and staff. About a third of the infected people have recovered and returned to school.

The BC Centre for Disease Control published a study last week reviewing available global data on school closings and openings. It found children do not appear to be major drivers of infection in schools and that the risk to adults in schools of contracting COVID-19 from children is low.

The review found that 33 studies have shown children have lower prevalence of infections than adults and that transmission to both is usually traced back to adults in community and home settings.

“Data from around the world appears to tell us that schools reflect what is going on in the community, and are not a major driver in the community,” said Dr. Réka Gustafson, B.C.’s deputy provincial health officer and co-author of the report.

However, the study also cautioned that “during high levels of community transmission, cases, clusters and outbreaks in schools are expected.”

Dr. Gustafson added that the public’s health focus has been almost entirely on COVID-19 while less attention is paid to the effects the pandemic and control measures have had on “other things that determine our health” such as economic, psychological and social well-being.

Derrick Nearing, the father of two students at Fellowes High School in Pembroke, Ont., said he was pleased with how the school and public health authorities handled an outbreak among four staff and a student. The school was reopened Monday after two weeks of online-only learning and mass testing.

“It was snuffed out like a cigarette,” Mr. Nearing said. “It seemed like a very safe and intelligent way to proceed.”

Questions remain about whether health and education officials are doing enough to protect schools. Many have criticized governments for operating classrooms at normal capacity when small classes and distancing worked well during Quebec and B.C.’s spring reopenings.

“There is still the possibility local school outbreaks will grow,” Dr. Quach said. “Ventilation has been raised as an issue, whether more masks should be worn. When you have enough cases floating around, additional measures can’t hurt.”

Quebec’s Director of Public Health Dr. Horacio Arruda said Tuesday he has no immediate plan to change Quebec’s school approach, even though exponential case growth led the province to order the shutdown of most entertainment, bars and restaurants, and to ban most home gatherings starting Oct. 1.

Quebec’s main school preventive measure is to try to keep cohorts from mixing and turning one or two cases in one class into dozens across an entire school, a plan Premier François Legault called “a calculated risk.” Quebec has no online option and no mask requirement for students within classrooms that are operating under normal capacity.

Children are unlikely to wear masks properly through a long school day, and the face coverings are an impediment to teaching and social interaction, Dr. Arruda said.

Dr. Arruda said the province’s main school problem right now is high schoolers congregating outside school during lunchtime and when classes are over.

“That’s where there’s no distancing, no mask and plenty of transmission,” he said. “That’s where we need to act.”