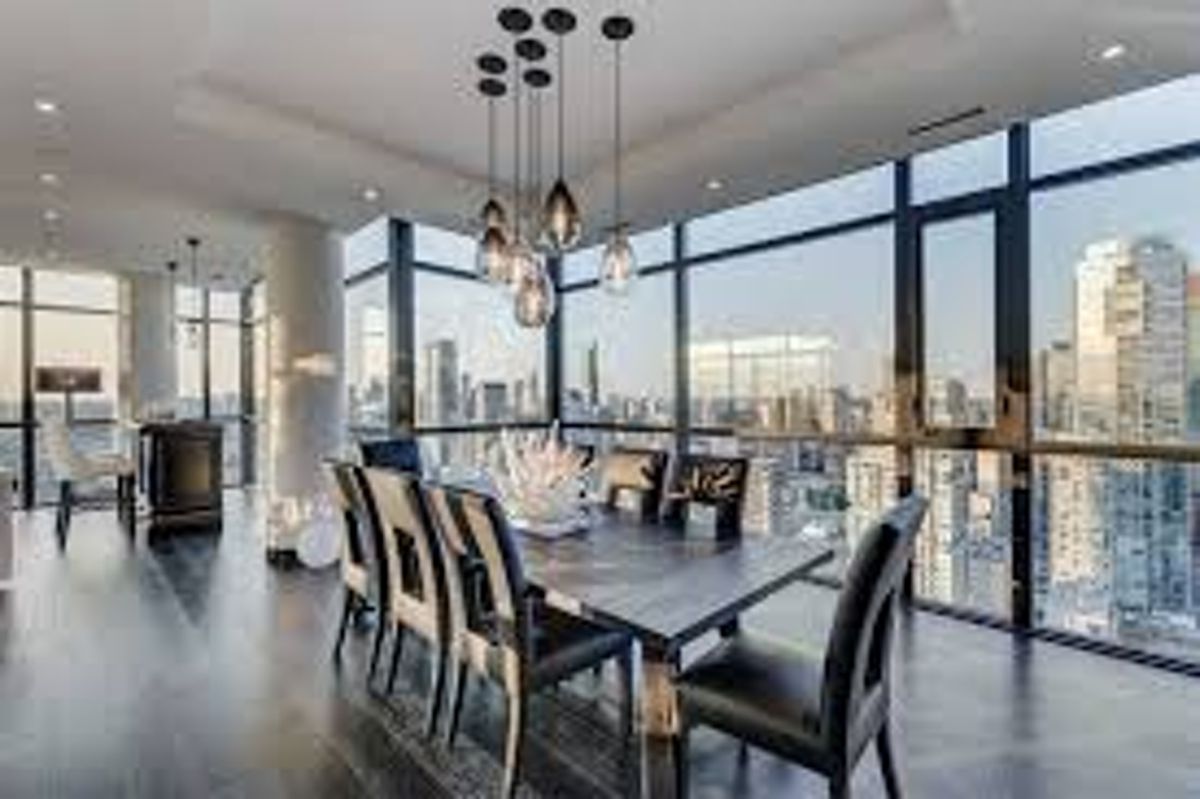 Fear and trepidation may be permeating the downtown Toronto condo market – but not in the rarified atmosphere of luxury penthouses.

Competing buyers recently tussled for a penthouse in the entertainment district with an asking price of $5.45-million. The three-bedroom unit in the Bond Condos lingered on the market for 116 days before two bidders pushed the price above asking.

His clients first looked at the 3,775-square-foot unit a few weeks after it arrived on the market in May. The couple admired the opulent interior, but the real draw was the CN Tower view from a terrace of almost 2,000 square feet.

“We’ve been watching it for about 90 days,” Mr. Miller says.

The pair had a second viewing this month and “were getting their ducks in a row” to purchase the unit – furniture and all – when a rival came to the table.

“There was one other offer registered we were battling against,” Mr. Miller says. “We had to act fast.”

During four days of negotiations, a third offer came in, but his clients were able to secure the deal.

This transaction is just one example in a Toronto condo market that buyers and sellers are finding wildly unpredictable these days: While heated bidding wars flare up in some locations, price cuts are becoming more common in others.

John Pasalis, president of Realosophy Realty Inc. says the market for single-family homes in the Greater Toronto Area is still hectic, but the downtown condo market is one segment where inventory is soaring and prices are beginning to soften.

“I think we’re starting to see some sellers sell for a little bit less than they would have even three months ago.”

In late September, he tallied 6,118 condos (including apartments and townhouses) in Toronto listed for sale on the Multiple Listing Service of the Toronto Regional Real Estate Board. An additional 10,472 condo units were offered for lease.

With 2,747 low-rise homes listed, inventory is tighter in that tranche of the market and prices have continued to rise.

One source of the rising condo listings could be the folks heading out of town for small towns and suburbs, Mr. Pasalis says, but he says he believes that cohort is still relatively small compared with the overall market.

Other sellers are likely landlords who can no longer put their units on the short-term rental market because of rules restricting the use of Airbnb and other platforms. Meanwhile, as listings for long-term rentals climb, rents have fallen.

Mr. Pasalis says many workers who lost their jobs in the hospitality and restaurant sectors during the pandemic have likely handed the keys back to their landlords.

Mr. Pasalis adds that some landlords bought units in the preconstruction market a few years ago with the intention of renting them out once they were built. If they paid 2015 prices, for example, those owners are likely not losing money now because rents have risen over the years.

But Mr. Pasalis knows of some investors who purchased resale units knowing that the money they received in rent would not cover the mortgage and carrying costs. Those buyers were banking on capital appreciation, he says, and they now face rental rates in decline.

A few owners in that position may be selling, he says, but he sees no dramatic signs that landlords are rushing for the exits.

“Investors have stayed calm. They’re willing to reduce their rent, but they don’t want to sell in this market.”

Mr. Pasalis says potential buyers looking to get into an investment property now are more often looking for duplexes and triplexes.

Investors are holding off on purchasing resale condo units because prices have only slightly come down from their peak.

“I haven’t heard from a condo investor in a very long time,” he says. “You’re still paying top prices, but rents have fallen 20 per cent in four months – it’s not a good place to be.”

Elise Stern, a broker with Harvey Kalles Real Estate Ltd., often works in the midtown and uptown areas, where she is hearing from clients who are moving forward with plans to trade their condo for a home with more outdoor space.

“That decision would have been put off for years – they’ve decided now is the time.”

Ms. Stern says one-bedroom units less than $600,000 in very good neighbourhoods are still selling at a brisk pace. The two-bedroom units are sitting a little longer.

Ms. Stern says the one bedrooms may be appealing to first-time buyers who plan to live in the unit and can’t stretch their budget any further.

Ms. Stern has listed a two-bedroom unit for sale in a building at Bathurst Street and St. Clair Avenue West that has long been popular with buyers who love the midtown location. The midtown location has transit, shops, medical offices and parks in abundance, yet it’s a little out of the fray of downtown, she says.

“These are buildings where you would put it on the market and it would be gone,” she says.

South-facing units have views of Lake Ontario from the building’s setting atop the escarpment. Ms. Stern expected the unit she is selling to be snapped up because it also has a den that could be used as a home office.

“I’m honestly shocked,” she says. “We’re priced below where I think it should be.”

Another unit at Bathurst Street and Steeles Avenue West in Thornhill is also seeing slower traffic than she expected.

Ms. Stern speculates that the typical buyer of a two-bedroom in the past may now be leapfrogging over those units to purchase a townhouse or semi-detached house instead.

That segment is “madness” she says, as buyers compete for homes with some green space.

Mr. Miller of property.ca says the most unsettled part of the market appears to be in the second-tier buildings that contain floors of basic units that don’t offer a lot to distinguish one from another.

Demand has softened for small studio and one-bedroom units of 800-square-feet or less, in his opinion.

“I think the smaller condos are not getting as much attention as they were.”

The unease is prompting some owners of units that are less attractive as rental properties to take money off the table.

“There are investors that are trying to dump their real estate,” Mr. Miller says. “The sellers think it’s February, but the buyers think it’s Armageddon – they’re looking for a deal.”

Your house is your most valuable asset. We have a weekly Real Estate newsletter to help you stay on top of news on the housing market, mortgages, the latest closings and more. Sign up today.