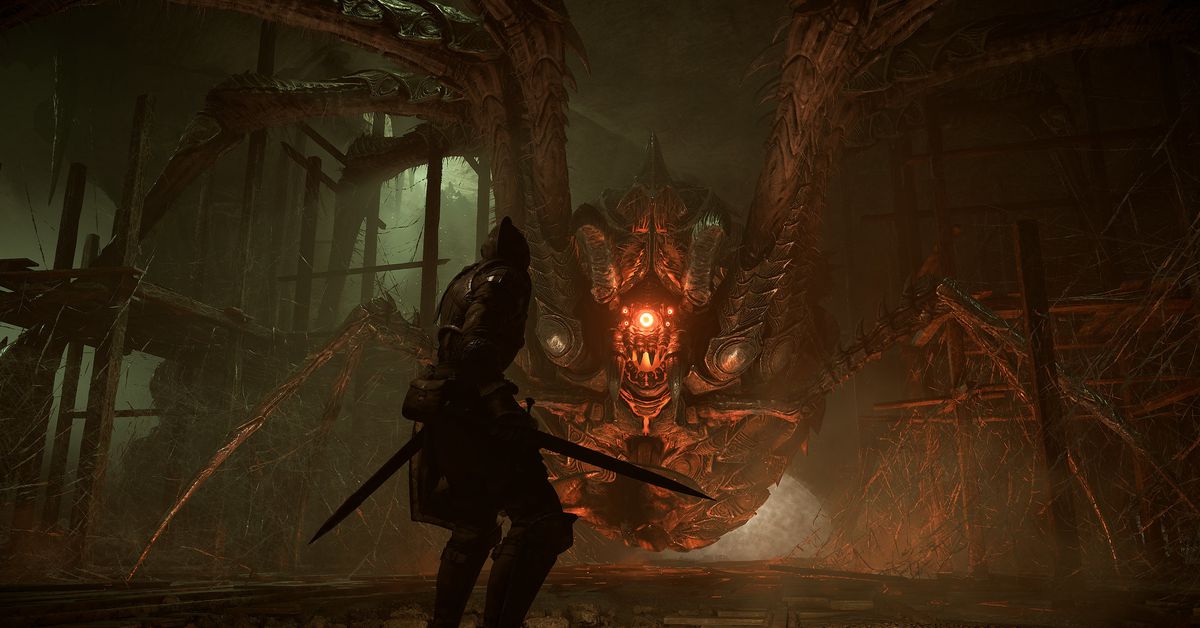 Bluepoint Games’ remake of Demon’s Souls looks to be a mostly faithful recreation of the PlayStation 3 original, based on recently released gameplay footage. But Demon’s Souls for PlayStation 5 won’t be a strict one-to-one remake, based on new details from the game’s digital deluxe version — it will have new items, armor, and weapons that weren’t previously available in the game.

We’ve known about one of those weapons, the Reaper Scythe, which is available as an exclusive pre-order bonus. While that scythe was in the original game — the Reaper in the Shrine of Storms wields it — players couldn’t earn it for themselves. On the PlayStation Blog, Sony Interactive Entertainment creative director Gavin Moore explains that the Reaper Scythe is “a pole weapon with a curved blade on one end that is so sharp that they say it can sever your soul from your body. It can mow down many targets in a single blow, but is difficult to handle and requires both strength and dexterity to use.”

Demon’s Souls’ new additions go beyond that new weapon, however, based on the PS5 game’s listing on PlayStation.com.

Included as part of the Demon’s Souls digital deluxe edition are the following new items:

Some of those new items appear to be new drops from existing enemies, including the Red-Eye Knight’s armor and what appears to be clothing based on Old King Allant’s garb. The Ritual Blade appears to be the giant cleaver used by the Gold Skeleton, while the Hoplite Shield would conceivably drop from Hoplites.

An item called the Ring of Longevity does not exist in the original Demon’s Souls, and it’s unclear what role it will serve in the remake. The three grains are something of a mystery too, but the latter two appear tied to the Phosphorescent Slugs and Bearbugs found in Demon’s Souls.

Demon’s Souls will launch day and date with the PlayStation 5 on Nov. 12.

Correction: The original version of this story neglected to mention the Ronin’s Ring, an item that slowed weapon degradation in Demon’s Souls, so the description of the Ring of Longevity has been updated.