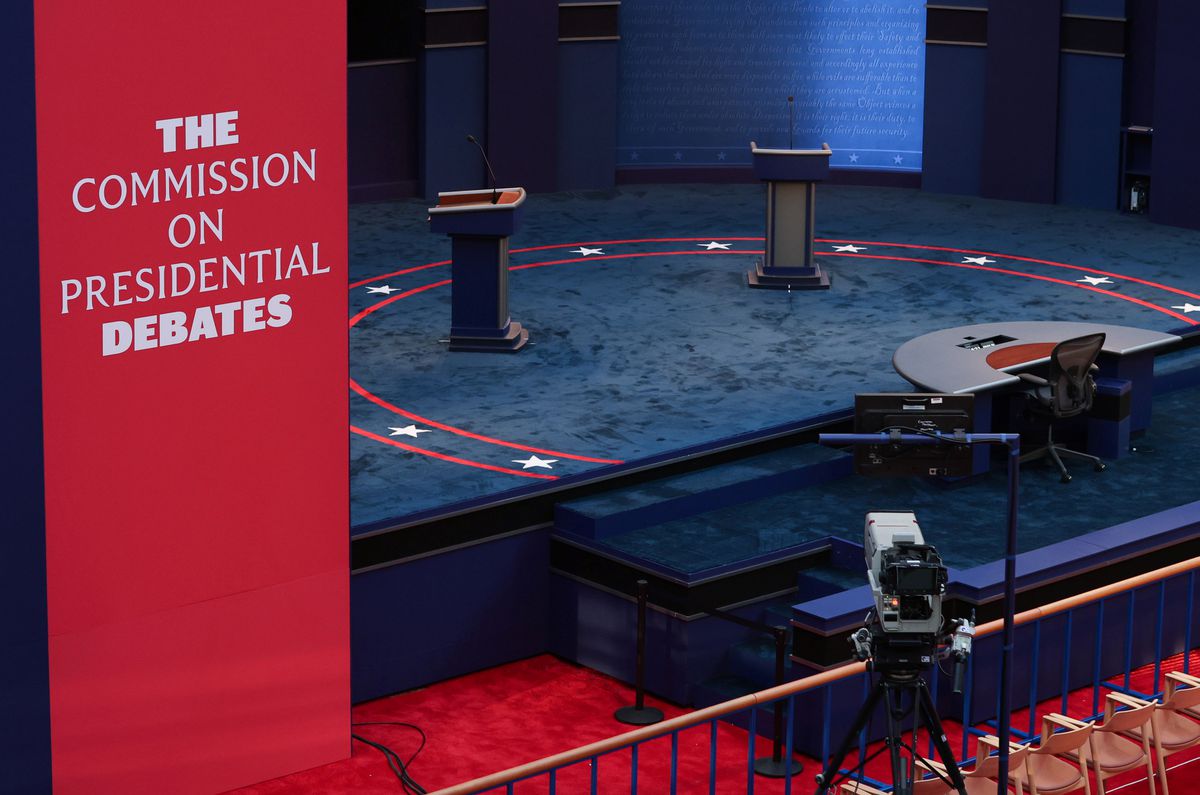 There is joy in everything, except this: In one corner, the 74-year-old defending champ, bold as brass and ready to rumble; and in the other corner, the 77-year-old contender, trying to stay upright for decency’s sake.

There is something deeply ominous and fatally gladiatorial about the first U.S. presidential debate (Tuesday, 9 p.m., all U.S. networks, all-news cable channels and CBC NN). It features two elderly white men, for a start, and that seems joyless. It also has the sulphurous air of a crummy but bitter boxing match that just happens to have very high stakes. Donald Trump understands it as such.

When boxing was big, trash-talking was a big part of the build-up. Thus, on Sunday, Trump was, as they say, talking smack on Twitter: “I will be strongly demanding a Drug Test of Sleepy Joe Biden prior to, or after, the Debate on Tuesday night. Naturally, I will agree to take one also. His Debate performances have been record setting UNEVEN, to put it mildly. Only drugs could have caused this discrepancy???”

Binge-watching guide: The recent shows you need to catch up on, all available to stream

Meanwhile, Joe Biden went to mass with his family in Delaware, but after he’d done his own trash-talking. Asked on MSNBC about the coming debate, the former vice-president asserted that Trump is a “liar” who “isn’t that smart” and “doesn’t know a lot of facts.” He also suggested that Trump’s tactic will be, “just straight attack; they’re going to be mostly personal, it’s the only thing he knows how to do.”

There are suggestions going around that this TV debate is meaningless and will make no difference in the U.S. presidential campaign. That is a callow view. Yes, you can assert that new reporting on Trump’s taxes and his continuing disparaging of mail-in voting and a Supreme Court nomination overshadow everything. But TV is Trump’s arena and it is illogical to be willfully ignorant of how he uses the medium and the impact he creates.

Back in 2016, this column asserted that Trump is not especially clever about using TV. He just knows in his bones how it works and that is a rare gift. (You could say, given revelations about his wealth, debts and taxes, that he’s isn’t a billionaire; he just plays one on TV.) Since then, there has been much scrutiny of Trump’s TV tactics and attempts to nail down his prowess.

In his book Audience of One: Donald Trump, Television, and the Fracturing of America, New York Times TV critic James Poniewozik suggests Trump is in his essence a creature of TV, his public persona was shaped by TV and he “meshes perfectly with television, especially reality-television culture.” That culture is about agitation, emotion, conflict and ceaseless rhetorical flourishes.

Poniewozik also writes about Trump’s intuitive understanding of what’s called in professional wrestling “kayfabe.” That term refers to the insistence within wrestling that the conflict between opponents is real and not staged or faked. Basically, if you keep pushing the storyline of real hate and conflict, it eventually becomes real. Just as, perhaps, if you push the storyline that you’re a tremendously successful businessman, it becomes real. Until your tax situation becomes public, anyway.

This brings us back to Tuesday’s debate and the possibility that “The Clash in Cleveland” is more pro-wrestling bout than boxing match.

The location is Case Western Reserve University in Cleveland. The moderator is Chris Wallace of Fox News Sunday. The debate will last 90 minutes, without commercial breaks. It will be divided into six 15-minute segments that Wallace has chosen: the Trump and Biden records; the Supreme Court; COVID-19; the economy; race and violence in cities; the integrity of the election.

Reports say both Biden and Trump have prepared, staging mock debates with members of their staff playing the opponent they will face on Tuesday.

The debate is far from inconsequential. By the time the vice-presidential candidates’ debate happens on Oct. 7 and the second presidential debate unfolds on Oct. 15, millions of Americans will have already voted. Besides, it’s always worth studying how Trump uses TV. As Poniewozik says: “If Trump were just a businessman, he’d be a non-entity. He’s only ‘Donald Trump’ because of television.”

Plan your screen time with the weekly What to Watch newsletter. Sign up today.