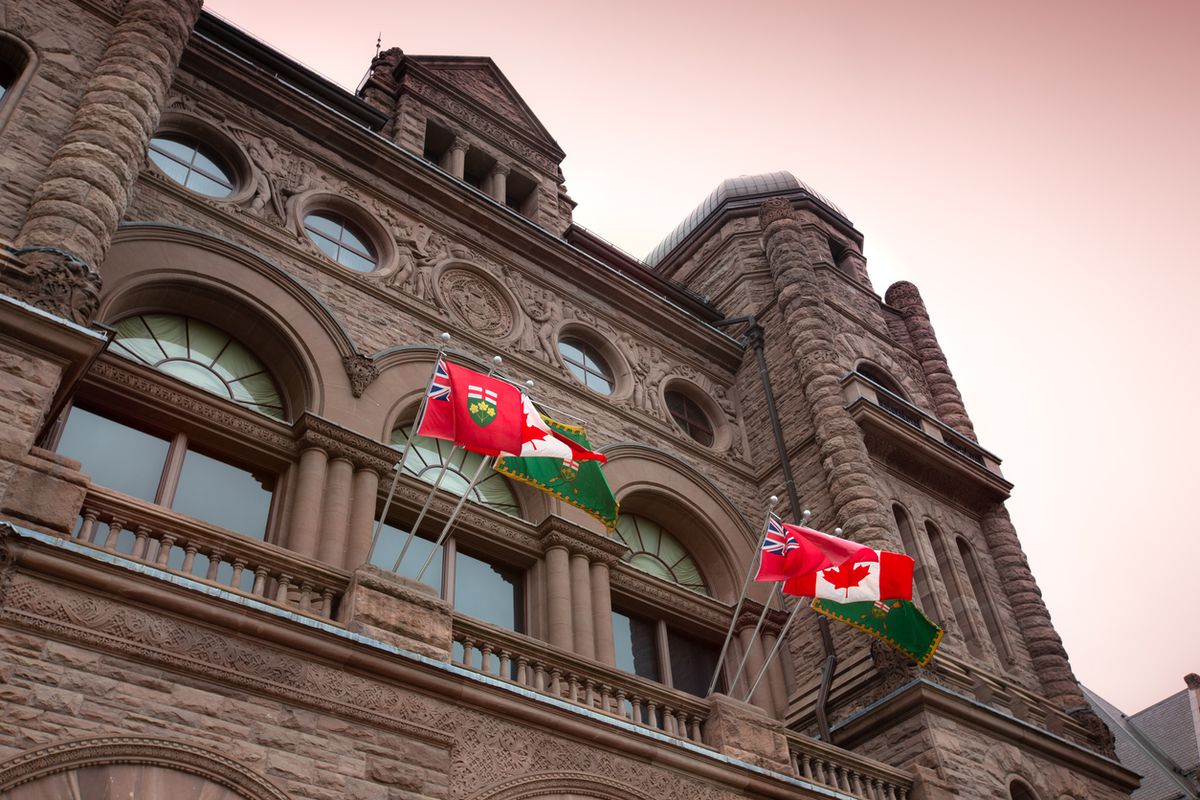 The Ontario Legislature will fly the flag of the People’s Republic of China on Wednesday to commemorate China’s National Day, a gesture drawing criticism given the two Canadians who remain locked up by Beijing on what Ottawa calls unlawful grounds.

Former diplomat Michael Kovrig and entrepreneur Michael Spavor have been incarcerated for nearly 660 days by the Chinese government in apparent retaliation for Ottawa’s arrest of senior Huawei executive Meng Wanzhou on an extradition request from the United States.

Canada has criticized their jailing as “arbitrary detention” and Rob Oliphant, the parliamentary secretary to the Foreign Affairs Minister, has described what has happened to them as “targeted abductions.”

The Chinese flag will be raised at 12:30 p.m. on Wednesday in commemoration of China’s National Day, which is Oct. 1. The date commemorates the founding of the People’s Republic of China by the Chinese Communist Party in 1949.

Ottawa soliciting proposals for redesign of embassy in Beijing

Jackie Gordon, the sergeant-at-arms in the Ontario Legislature, said this is taking place at the request of the Confederation of Toronto Chinese Canadian Organizations. The flag will fly on the legislature’s “courtesy flagpole” for the duration of a ceremony, which is expected to last an hour.

China’s consul-general in Toronto, Han Tao, will speak at the event, according to a statement from the Ontario Legislature.

Ms. Gordon said COVID-19 rules will limit the gathering at the flag-raising ceremony to fewer than 25 people.

“I don’t think any order of government in Canada should be flying the flag of the People’s Republic of China while two Canadian citizens are wrongfully imprisoned in China,” said Mr. Chong, who represents an Ontario riding.

“When governments fly a foreign flag it sends a certain signal,” he said.

Other jurisdictions in Canada are taking a different approach to commemorate China’s National Day.

“Mayor Watson has asked that the Chinese flag not be flown at Ottawa City Hall this year, in solidarity with the two Canadians who are arbitrarily held in a Chinese prison,” spokesman Mathieu Gravel said.

The Ontario Legislature defended the decision. Ms. Gordon said the legislature is apolitical. “Our focus is more provincial. We leave global diplomatic relations to the federal government,” she said. “We focus on the cultural diversity, or mosaic, of this province.”

The City of Markham, which has flown the Chinese flag in recent years, said this year it has no plans to raise it because of the coronavirus.

“As a result of the COVID-19 pandemic, [Markham’s] Civic Centre is closed to the public except for extremely limited in-person services and appointments. All city events have been suspended, including flag raisings, and requesters have been provided notice,” city spokeswoman Jennifer Yap said.