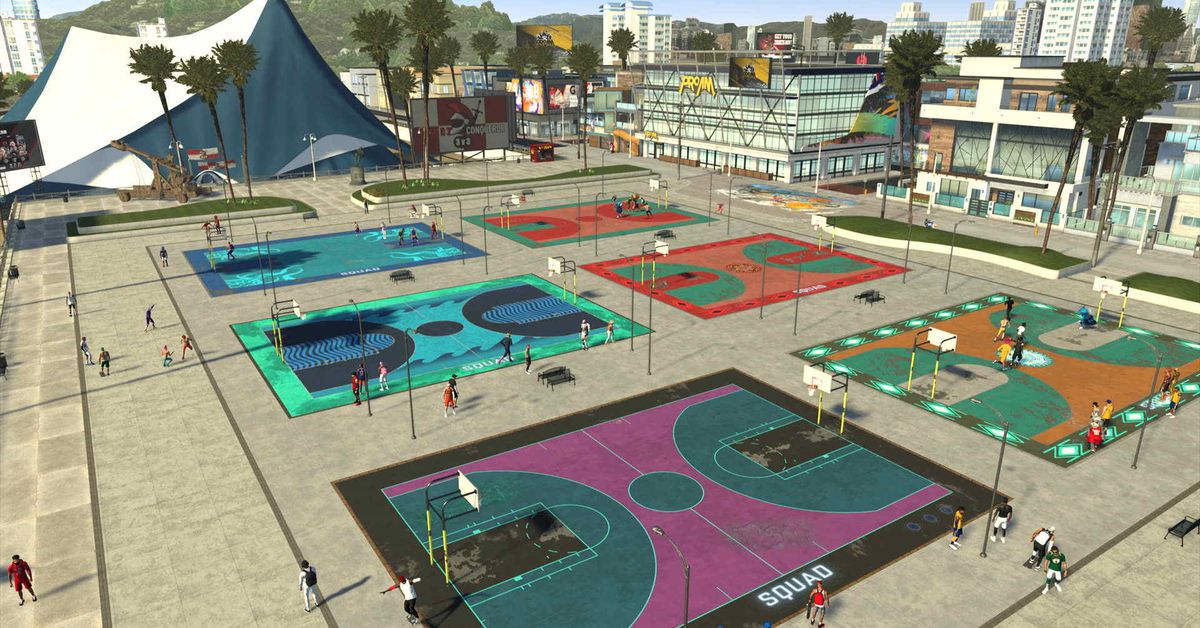 NBA 2K21’s latest patch is mainly a collection of fixes and optimizations, but many relate to the game’s new controls — and player feedback about them — making version 1.03 an important update. It’s available as of now on all platforms.

For starters, the size of the shot meter is increased, “based on feedback from the community,” says the patch notes. This should be helpful to those who have found perfect release timing to be a lot more difficult in NBA 2K21, and perhaps for those who are trying to adapt to the new Shot Stick Aiming option.

Shooting at the three lower difficulty levels was addressed in a hotfix for NBA 2K21 two days after its Sept. 4, 2020 launch, though players in the game’s forums, subreddit, and elsewhere have still griped about it.

Shot Stick Aiming, which director Mike Wang last month called a refinement of a control introduced in NBA 2K17, introduces left/right accuracy to the timing game. We didn’t find it to be helpful in our review, but more experienced players may disagree. Timing and aiming may both be toggled on or off in the controls (with both off meaning shots depend entirely on the shooting player’s ratings).

With that in mind, pull-up jump shots have been nerfed. Evidently this is one area where shooting was easier, but that also draws community feedback. Players also won’t have as quick a step “out of certain dribble moves,” but they will find that more of their removes “yield ankle breakers and defensive reactions.” Wang, answering fans on social media, said ankle-breakers were worked on in version 1.02, and should be completely fixed with this patch.

Shooting out of post moves will also be more responsive. Speaking from experience, I had quickly abandoned what little post game my small forward had, finding a shot on my right thumbstick nigh impossible with low to average ratings.

Finally, Park Dribble Moves (specific to games in that multiplayer venue) have not been taken out of the game — an option Wang considered (on Twitter) two weeks ago. But they’re now activated with a left stick click/toggle “for more consistent dribbling controls.” Previously, they had been activated with a right stick click-and-hold, which led to input mistakes or the inability to get them to activate.

Though Patch No. 2 doesn’t implement all new features or content, it is a hefty enough one to merit NBA 2K21 players’ full attention. All of the changes, fixes, balancing and re-balancing is recapped in Visual Concepts’ latest Courtside Report blog.