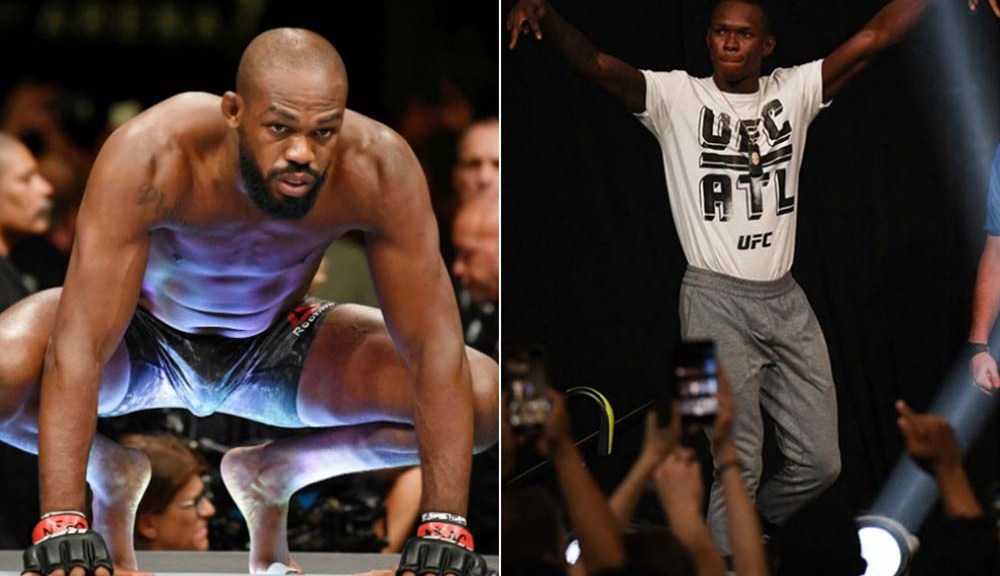 In the clip, Adesanya (20-0 MMA, 9-0 UFC) talks about wanting to fight Jones, but that he’d have to speak with his head coach, City Kickboxing’s Eugene Bareman, before making any decisions.

Jones, who has had a long-standing beef with Adesanya, took exception to Adesanya’s use of the word “but” and claimed the UFC middleweight champ is bluffing in saying he wants the fight.

“BUT what?” Jones wrote. “You’ve stepped into the ring over 100 times now and you’re still not ready!? You have a youth advantage and like four times the fighting experience. The truth is you’re already my (expletive), you love being undefeated and you’ve seen what’s happened to everyone else. It raises your stock to mention my name. (You’re) aware of this. You don’t want real confrontation with me (because) I’m not gonna just stand there and kickbox with you. I’ve been preparing for heavyweights. (Right) around now I would literally tear one of your arms off.”

Jones, 33, has not competed since a February 2020 split decision victory over Dominick Reyes at UFC 247. After a dispute with UFC president Dana White over pay, Jones vacated his 205-pound title in mid-August. He has since declared he will move up to heavyweight for his next fight – though he has hinted at interest in a 205-pound return, as well.

Adesanya, 31, successfully defended the promotion’s 185-pound title for the second time Saturday in the UFC 253 main event. Taking on bitter rival Paulo Costa, Adesanya finished the fight with punches in Round 2.