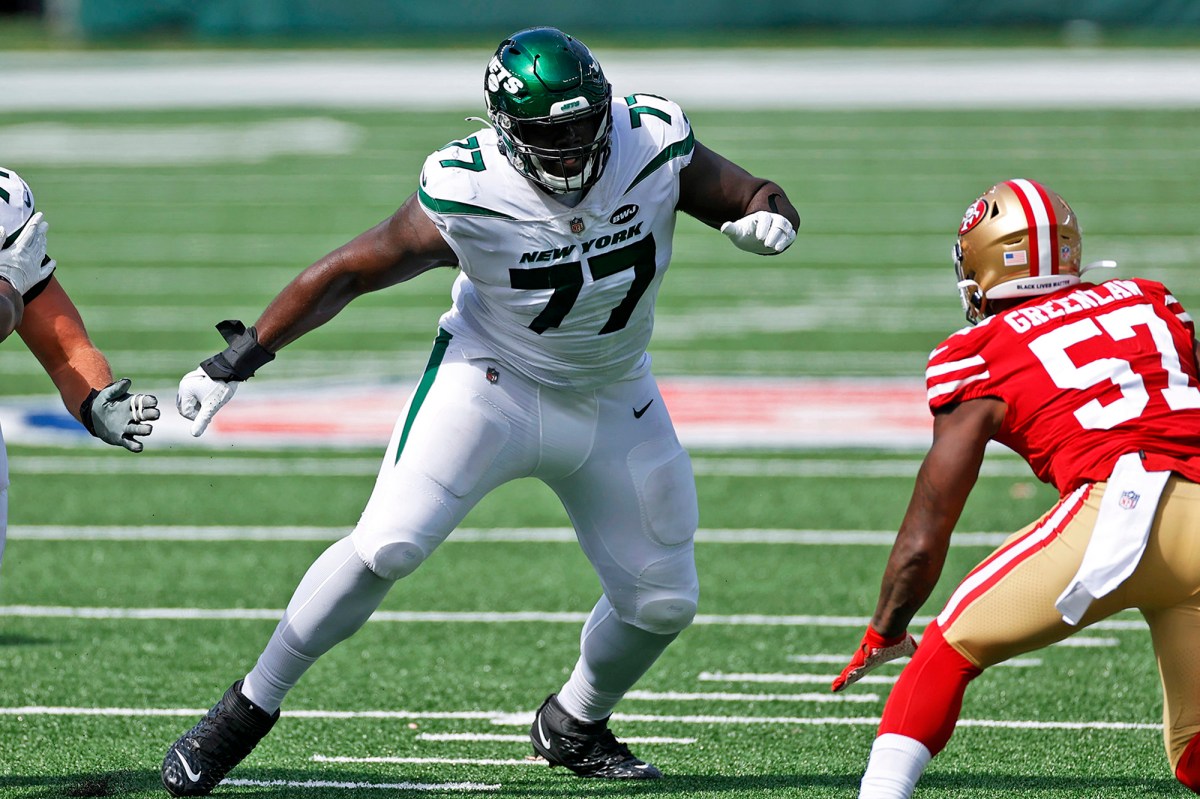 It was natural to fear the worst when Mekhi Becton left Sunday’s game with a shoulder injury, especially given how the Jets’ season has gone thus far, but they appear to have avoided it with their rookie left tackle.

Becton underwent an MRI exam on Monday, but the results were encouraging for a change and he still has a shot to play Thursday against the Broncos.

“The MRI and everything turned out better than really we were thinking [Sunday] night,” coach Adam Gase said on a conference call Monday. “We’ll kind of see how he gets through the rest of the week and possibly he could play in this game. There’s just going to be a lot of work in the training room to see where he’s at by Thursday.”

Becton left the game late in the second quarter and was replaced by Conor McDermott. Gase said the injury happened when the 6-foot-7, 364-pound first-round pick got the same shoulder extended that had limited him at two practices last week.

“I think we all kind of got nervous because he was kind of grabbing his [pectoral[ a little bit,” Gase said. “We weren’t really sure until we got the MRI back. I know he’s very motivated to get back out there. He kind of saw how the holes weren’t quite opening up the same when he’s out of the game.”

Linebacker Avery Williamson was on the field for 57 of 60 defensive snaps Sunday, the most he has played since tearing his ACL in the 2019 preseason.

“Definitely pretty sore today,” Williamson said Monday. “I actually was sore going into the fourth quarter. … I feel like my body is definitely able to handle all that, so I’m happy about that.”

Williamson also cleared the air about his recent remarks on the Jets’ sluggish practices, saying, “I wasn’t in any way, shape or form trying to talk about the coaches.”

Bradley McDougald said he was “still upset” about whiffing on a tackle of Colts running back Jonathan Taylor on a fourth-and-goal in the third quarter Sunday.

“One thing I would do differently is just keep my feet and run through the tackle,” the safety said.

While the Jets did not practice Monday, their injury report estimated that Becton and wide receiver Jamison Crowder (hamstring) both would have been among the limited participants. Crowder missed the past two games but is expected to participate in the Jets’ walk-throughs this week before seeing if he can play Thursday.

WR Breshad Perriman (ankle) and DE Jordan Willis (ankle) would not have practiced and sound unlikely to play Thursday.