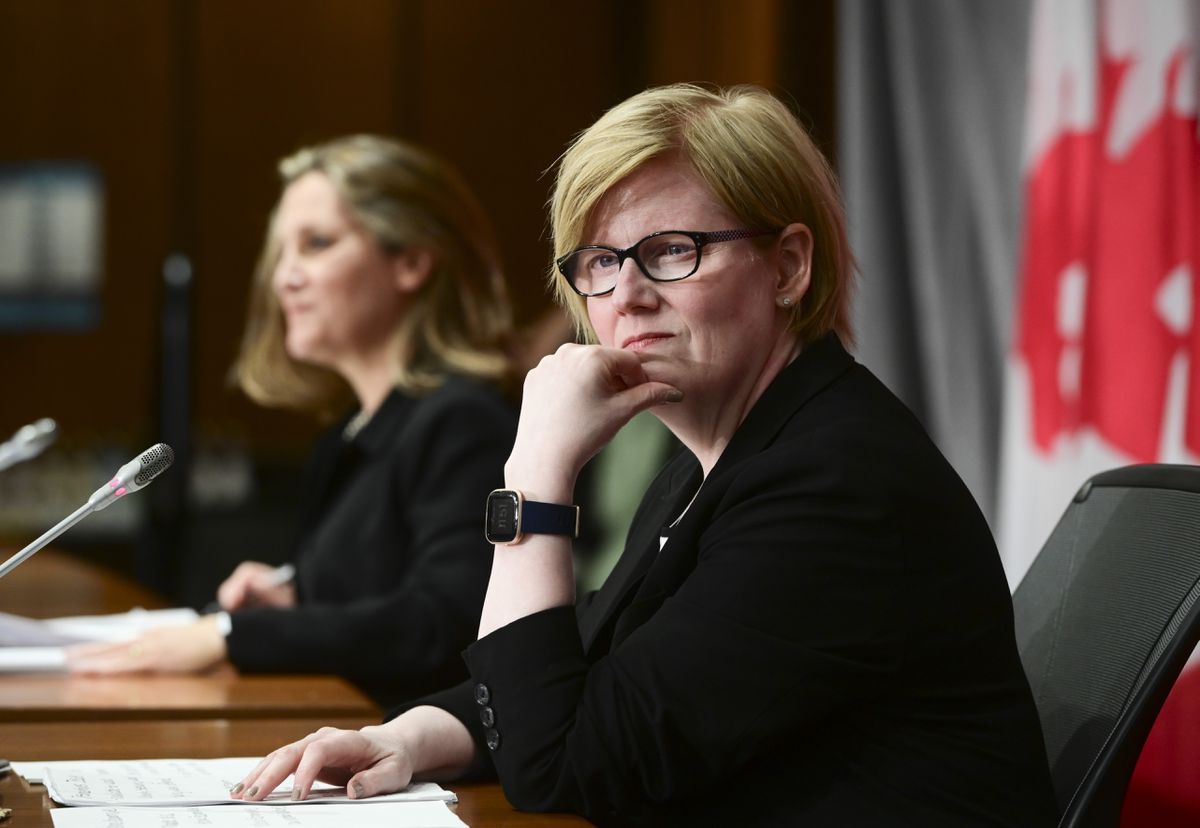 The Liberal government is moving to limit debate on legislation that would approve tens of billions of dollars in new pandemic-related spending and expand eligibility for a national sick leave benefit.

Employment Minister Carla Qualtrough introduced a revised bill on Monday afternoon that reflects a deal the minority Liberal government negotiated to secure the support of the NDP. Also on Monday, the Liberals proposed a motion that, if approved, would allow the government to pass the bill through all stages of the House of Commons in a single day.

“It is time for action. It is a time of urgency,” Government House Leader Pablo Rodriguez said in defending the plan to limit debate time on the bill. “Canadians need our help now, and this is exactly what the motion is meant to accomplish. Quick action. Canadians need members of the House to recognize the urgency of the situation and to work together.”

The Liberal government used similar procedures to rush through pandemic spending bills earlier this year. The Conservative Party has also used such tactics when in power. The government has yet to deliver a 2020 budget, but projected in a July fiscal “snapshot” that the deficit for the current year would be $343-billion. The Parliamentary Budget Officer will release a report Tuesday updating its projections for the federal deficit based on spending announcements made since July. Finance Minister Chrystia Freeland has said she intends to release a fiscal update this fall.

The move was strongly condemned in the House of Commons by Conservative and Bloc Québécois MPs, who said time should be scheduled for MPs to review the bill and hear from expert witnesses in committee. The Conservatives had proposed to have MPs sit over the weekend to debate the proposals, but the government rejected the suggestion.

Opposition MPs said the bill could have been thoroughly studied and passed already had the Prime Minister not prorogued Parliament in August.

“Maybe we can make it better by having more debates and interactions in this House,” Conservative MP John Brassard said. “Instead, the government is rushing this through, painting the opposition as the bad guys on this if we do not agree with it. The government had a chance a month ago [to pass the measures], but the Prime Minister prorogued Parliament to save his political skin from the WE scandal.”

The August prorogation shut down several House of Commons committees that were investigating the government’s handling of a now-cancelled agreement for WE Charity to run a student volunteer program.

The NDP is expected to support the government’s plan to pass C-4 in one day.

Monday’s Bill C-4, which is a revised version of Bill C-2 introduced on Thursday, proposes to implement new income support programs that were announced last month. The measures are to replace the expired Canada Emergency Response Benefit (CERB) of $500 a week with an enhanced employment insurance system and programs aimed at people who have lost their income or can’t work because of COVID-19. When the package was announced in August, the government said it would cost $37-billion.

To secure the support of the NDP, the government agreed to increase minimum payments under the new programs from $400 a week to $500, matching the payment levels of CERB. It also agreed to broader criteria for Canadians seeking to access a new Canada Recovery Sickness Benefit for individuals who have experienced a drop in employment income of 50 per cent or more because they contracted COVID-19 or were required to isolate themselves for reasons related to the pandemic.

The new language the NDP negotiated expands eligibility to include people who “have underlying conditions, are undergoing treatments or have contracted other sicknesses that, in the opinion of a medical practitioner, nurse practitioner, person in authority, government or public health authority, would make them more susceptible to COVID-19.”

The government has not released the expected fiscal cost of the two changes the New Democrats wanted. In addition to those changes, Bill C-4 also extends emergency spending powers authorizing cabinet to spend money without seeking parliamentary approval in the usual way. These powers are limited to specific areas listed in the bill, which add up to more than $17-billion.

“These are massive wins for people,” he said. “For the first time in the history of our country, there is a federal paid sick leave program. That did not exist before.”