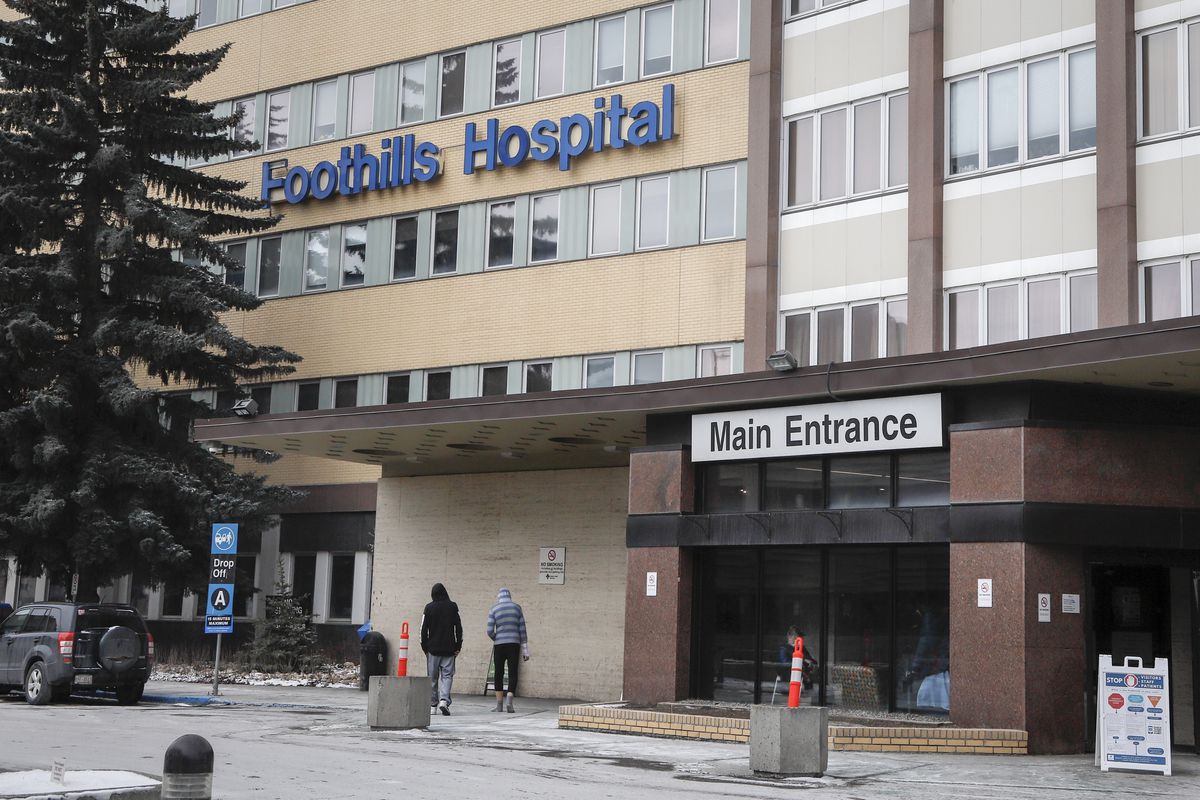 Foothills Medical Centre in Calgary postponed dozens of operations on Monday and restricted all but essential visitors after the largest outbreak of COVID-19 at a hospital in Canada spread to five units, killing four people and sickening another 53.

Alberta’s largest hospital put off 39 procedures because of staffing shortages and a reduction in available hospital beds, medical director Peter Jamieson told reporters. But he said there are no plans to shut down other services at Foothills, the province’s major centre for high-risk obstetrics and trauma and stroke patients.

“I want people to know that if they need the emergency department they should come,” Dr. Jamieson said. “We’re here for you.”

Health care investigators are trying to trace the source of the outbreaks, which began 10 days ago on a general medicine ward and have since spread to four other units. Another three units have been placed on a watchlist.

In addition to 27 health care workers who have tested positive for the virus, 136 have been forced into isolation, including surgical staff. Foothills has asked staff who work on the affected units to get tested every five days for the virus until the outbreaks are under control. Alberta’s top doctor has restricted Foothills staff who work on two of the affected units – 81 and 71 – from working at other medical sites in an effort to limit transmission.

A majority of the 26 patients who have tested positive for the coronavirus are in two cardiac wards, including an intensive care unit, Dr. Jamieson said. He said he believes there is a connection between the outbreaks in the cardiac units, which work closely together. “We are still investigating the other outbreaks.”

Cameron Perrier said his grandfather is among the four patients who died. He said health officials did not pro-actively inform the family of the outbreak or that their 82-year-old patriarch had tested positive for COVID-19.

“The thing that kills – pardon the pun – the most is the fact that we were kind of left in the dark,” said Mr. Perrier, a journalist in Toronto who had to say goodbye to his grandfather over the phone. “The hospital is supposed to be a place where people go to get better. It is not a place you’re supposed to go and die of COVID-19.”

Glen Sumner, a cardiologist at Foothills, said he was surprised when he learned about the outbreaks in the cardiac units. Dr. Sumner said he performed surgery on two patients who tested positive. “Their symptoms did not start until after the surgery,” he said in an interview. He himself has tested negative.

Anmol Kapoor, a Calgary cardiologist, said freezing some admissions in Foothills’s cardiology unit leaves patients short on access to procedures such as angiograms and bypass surgery, save for emergencies.

“It is a major issue because cardiac patients are the sickest patients in medicine,” he said. “It is the only cardiac centre in southern Alberta.”

Kerry Williamson, a spokesman for AHS, noted Foothills has several cardiac units and just unit 81 is closed for admissions.

The number of hospitals in Canada with an outbreak of COVID-19 is significantly lower than it was in the spring. Three hospitals in British Columbia and two in Ontario have outbreaks. In Quebec, 37 employees have tested positive at the Heart and Lung Institute, a specialized cardiopulmonary hospital affiliated with Laval University in Quebec City. No patients have been affected, said institute spokeswoman Valérie Lefrançois.

Foothills is Alberta’s second major hospital outbreak. The province declared an outbreak at Edmonton’s Misericordia Community Hospital near the end of June. The facility, which is run by Covenant Health, stopped admitting patients to stem the spread. Eleven people died as a result of the outbreak, which infected 24 staff members and 34 patients.

Deena Hinshaw, Alberta’s Chief Medical Officer of Health, on Monday said health officials halted admissions at the Misericordia hospital in part because they could not identify how the virus was spreading in the facility at the start of that outbreak. This is not the case at Foothills, she said.

“At the Foothills, my understanding is there’s a fairly clear linkage between the majority, if not all, of the cases that have been identified,” she told reporters. Dr. Hinshaw did not elaborate on the links.

She said it is “concerning” that COVID-19 has spread to more units in Foothills, but attributed that to “aggressive” contact tracing and regular testing of people who are potentially exposed to the virus. She expects the investigation will unearth more positive cases at the facility.

“I have confidence in the team managing this outbreak.”

Dr. Hinshaw said 63 people are in Alberta hospitals with COVID-19, and 15 of those are in the ICU.

With a report from Tu Thanh Ha

We have a weekly Western Canada newsletter written by our B.C. and Alberta bureau chiefs, providing a comprehensive package of the news you need to know about the region and its place in the issues facing Canada. Sign up today.