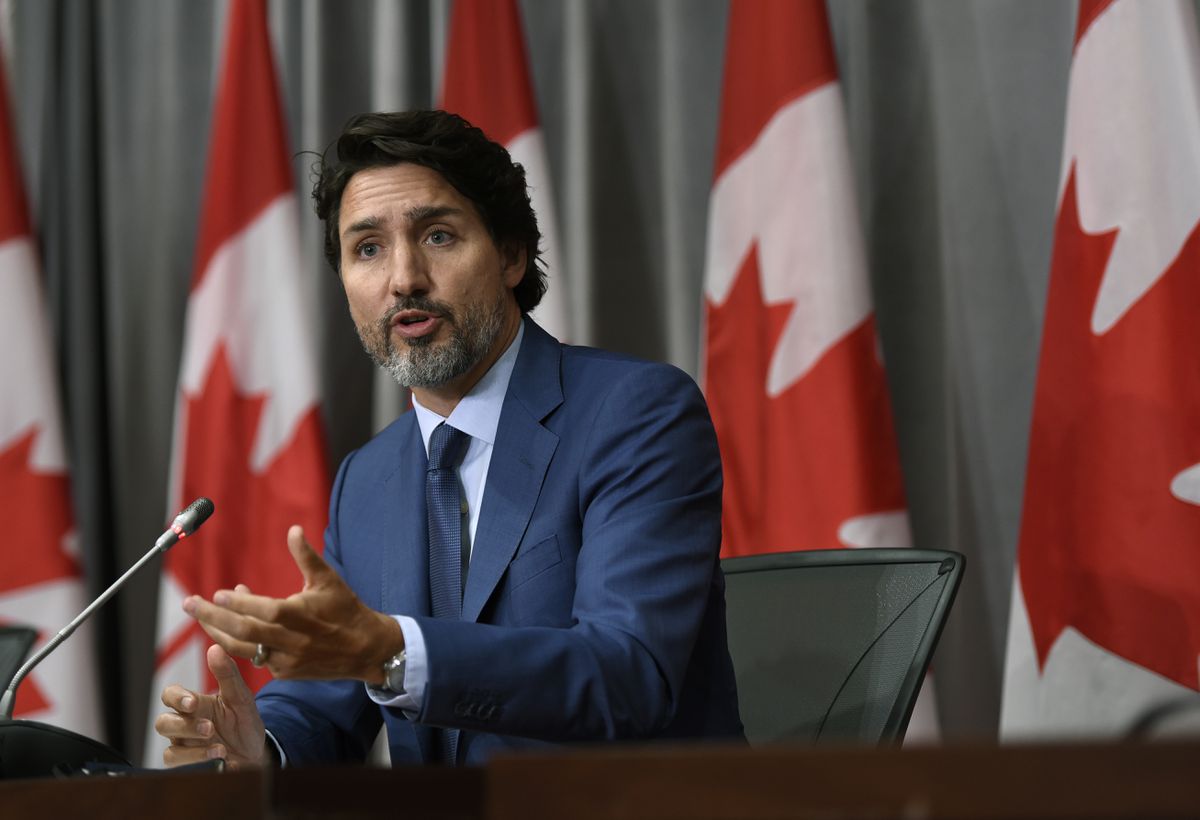 Canada has signed on to an international pledge to reverse biodiversity loss by 2030, joining more than 70 countries in committing to put nature at the centre of COVID-19 economic recovery plans.

The pandemic has threatened to shift attention away from environmental issues, as world leaders focus on keeping citizens healthy and economies afloat.

At a special session of the United Nations on Monday, dozens of heads of state, financial institutions and non-governmental organizations promised to develop pandemic responses that are “green and just.” The Leaders Pledge for Nature also includes a commitment to waste reduction, sustainable supply chains and transparent financial reporting that accounts for environmental risks and opportunities.

Speaking by video conference at the Leaders Event for Nature and People, Prime Minister Justin Trudeau noted that of the world’s 10 largest countries by geography, Canada is the only signatory to the pledge. “In terms of sheer acreage of the world, we need to get those other nine largest countries in the top 10 to do their part and step up as well,” he said.

Mr. Trudeau reiterated his government’s commitment to protecting 25 per cent of Canada’s land and 25 per cent of the country’s oceans by 2025, and hitting the 30 per cent mark on both fronts by 2030.

While the pledges have been well received, environmental advocates say they must be accompanied by a systemic shift that integrates the protection, management and restoration of nature into the government’s key policy challenges, including restoring the economy, addressing climate change and making progress on Indigenous rights.

One side effect of the pandemic has been the postponement of the UN Biodiversity Conference, which is widely seen as a crucial meeting at which countries are expected to negotiate conservation goals for the next 10 years.

Originally set to take place next month in China, the meeting is now scheduled for May of 2021. Monday’s pledge is a precursor to the conference, though not a formally binding one. It has also been issued without the involvement of some key players in the international arena, including the United States and China. For those close to the process, the event and related announcements are seen as a way to keep environmental issues in the spotlight and perhaps to win gains for nature as the global economy re-emerges from the pandemic.

“There’s a huge opportunity here,” said Amanda Reed, director of strategic partnerships for Nature United, a Toronto-based organization affiliated with the international advocacy group the Nature Conservancy. Ms. Reed said she was pleased to see Ottawa’s pro-active position and emphasis on the need for a green recovery.

On Monday, both Mr. Trudeau and Environment Minister Jonathan Wilkinson indicated that Canada will join the “high ambition coalition” – an informal group of about 35 countries within the UN Framework Convention on Climate Change that is pushing for an acceleration of international conservation goals.

Past experience suggests an uphill battle lies ahead. In 2010, almost every country in the world signed on to 20 biodiversity goals with a 2020 deadline. In a final progress report released on Sept. 15, the UN Convention on Biological Diversity said only six of the commitments made in Aichi, Japan, have been partly achieved. None has been fully achieved.

The coming decade may have a sense of urgency on its side. Last year, the UN body that tracks the state of global biodiversity estimated that one million species of plants and animals face extinction – many within a matter of decades – under a business-as-usual scenario. The report also found that ecosystems are losing genetic diversity, with knock-on effects that include reduced food security and the loss of pharmaceuticals developed from rare biological products.

Kai Chan, an interdisciplinary scientist at the University of British Columbia who co-authored the report, said that the leaders’ pledge was aimed in the right direction but requires more specifics. In Canada’s case, he said, there has been an almost singular focus on only one of the 20 Aichi goals: setting aside territory for conservation. However, where governments including Canada need to do more is in reorienting the economy and the global trade regime to stop incentivizing the destruction of natural habitat through subsidies.

“Any time you’re giving out public money and thereby increasing the extraction of natural resources or production and you’re not specifically attending to [the environment], then you’re going to have massive side effects on biodiversity,” said Dr. Chan, who teaches at the university’s Institute for Resources, Environment and Sustainability.

In Canada, species at risk are facing continued population declines, according to a WWF Canada analysis of the latest version of the Living Planet Report, which tracks the state of threatened species around the world over time. Among those in decline are prime examples of iconic Canadian wildlife, such as barren-ground caribou and the Vancouver Island marmot.