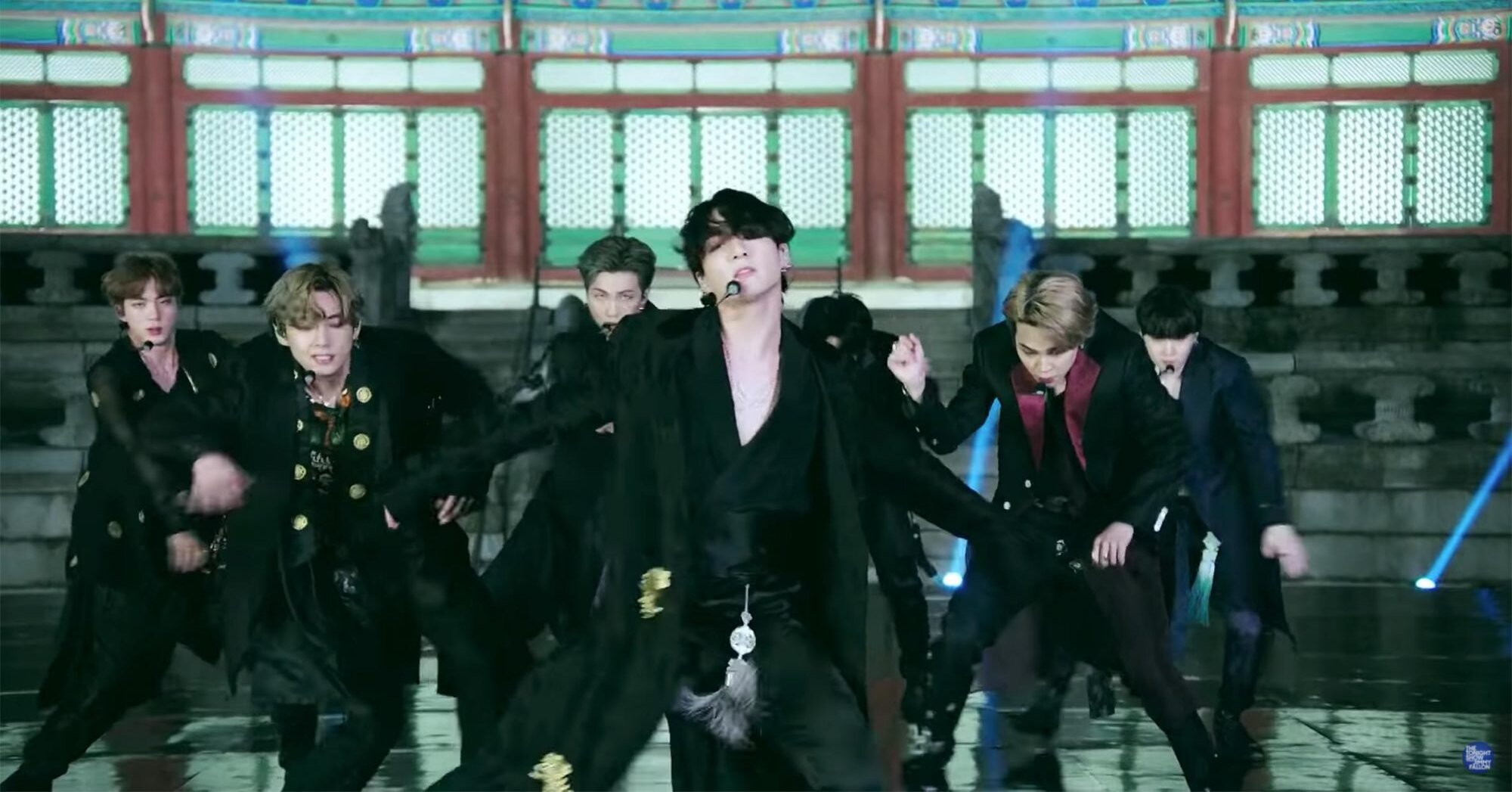 BTS’s weeklong residency began with performances of “Dynamite” and “Idol.”

It’s officially BTS Week on The Tonight Show, which means we have a week’s worth of appearances and performances from the K-pop sensation to look forward to. Kicking things off, the group joined host Jimmy Fallon and The Roots in performing “Dynamite,” their latest chart-topping, YouTube-record-breaking hit.

“Dynamite” returned to the top of Billboard’s Hot 100 chart for three weeks in a row with 14 million U.S. streams and 153,000 downloads sold in the week ending Sept. 24. The feat is a first for a Korean act. Heading into BTS Week, BTS announced the name of their next studio album, BE.

Towards the end of Monday’s Tonight Show, BTS returned with a performance of “Idol,” their song off of 2018’s Love Yourself: Answer. It wasn’t held in-studio due to COVID-19-prompted restrictions. Instead, the group performance at a remote location.

Watch both highlights in the videos above.