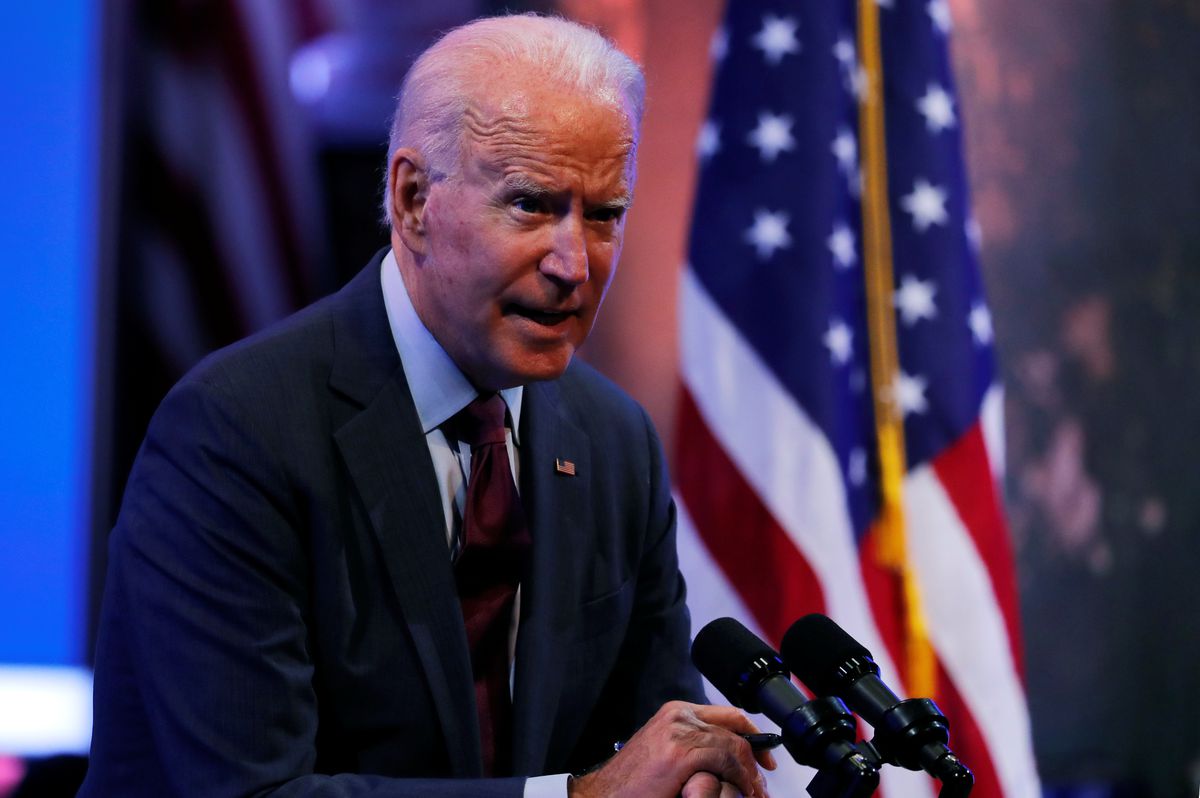 Hours before his first debate with President Donald Trump, Democratic presidential nominee Joe Biden on Tuesday released his 2019 tax returns and his campaign called on Trump, who has come under fire for not releasing his returns, to do the same.

Biden, due to share the stage with Trump on Tuesday evening in Cleveland, took the step two days after the New York Times reported Trump paid just $750 in federal income taxes in 2016 and 2017 – and none in 10 of the previous 15 years – following years of reporting steep losses from business enterprises.

Biden’s taxes showed that he and his wife Jill paid more than $346,000 in federal taxes and other payments for 2019 on an income of nearly $985,000 before seeking a refund of nearly $47,000 they said they had overpaid the government.

“This is a historic level of transparency meant to give the American people faith once again that their leaders will look out for them and not their own bottom lines,” Biden’s deputy campaign manager, Kate Bedingfield, said on a call with reporters.

With more than a million Americans already casting early ballots and time running out to change minds or influence the small sliver of undecided voters, the stakes are enormous as the two White House candidates take the stage five weeks before the Nov. 3 election.

The 90-minute debate, with a limited and socially distanced in-person audience because of the coronavirus pandemic, will begin at 9 p.m. EDT (0100 GMT on Wednesday) at Case Western Reserve University in Cleveland, with Chris Wallace of Fox News serving as the moderator. It is the first of three scheduled debates.

Trump arrived in Cleveland aboard Air Force One ahead of the debate. Biden was flying in from Delaware.

The Biden tax returns gambit ahead of the debate shows that the former vice president is seeking political advantage on an issue that could resonate with voters – a wealthy real estate developer-turned-politician who has, according to the New York Times report, often avoided paying federal income taxes.

Democrats have sought to portray Trump as a tax dodger. Trump’s persistent refusal to release his taxes has been a departure from standard practice for presidential candidates.

Trump campaign spokesman Tim Murtaugh issued a statement responding to Biden’s disclosure, accusing him of being dishonest in public statements about his own past earnings, but did not address whether Trump would release his returns.

The Times also reported that Trump was currently embroiled in a decade-long Internal Revenue Service audit over a $72.9 million tax refund he claimed after declaring large losses. If the IRS rules against him, he could have to pay over $100 million, according to the newspaper.

Biden’s 2019 return showed most of his income came from a company he has said handles payments from his speaking and writing engagements and from a University of Pennsylvania teaching post from which he took an unpaid leave of absence after launching his candidacy.

Harris and her husband, lawyer Doug Emhoff, reported paying about $1.2 million in total federal taxes on $3.3 million of income for the year, according to the tax returns released on Tuesday. Vice President Mike Pence released a decade of returns before the 2016 election but no tax information since then.

The combustible Trump and more low-key Biden will debate an array of urgent political challenges, including a pandemic that has killed more than 200,000 people in the United States and thrown millions out of work, a brewing battle over Trump’s nomination of conservative judge Amy Coney Barrett to the Supreme Court, and continued protests for racial justice.

Biden, 77, has held a consistent lead over Trump, 74, in national opinion polls, although surveys in the battleground states that will decide the election show a closer contest.

The debate will be divided into six segments: the records of Trump and Biden, the Supreme Court, the pandemic, the economy, election integrity and “race and violence” in U.S. cities.

A senior Trump campaign official told reporters aboard Air Force One that the president “knows exactly what he wants to communicate” and hopes to get into his differences with Biden on trade, “endless wars,” the issue of America’s “haves and the have nots” and Biden’s long career in elected office.

Biden is certain to press his criticism of Trump’s response to the pandemic, and highlight Trump’s efforts to eliminate the Affordable Care Act, the law known as Obamacare that has helped millions of Americans obtain health insurance.