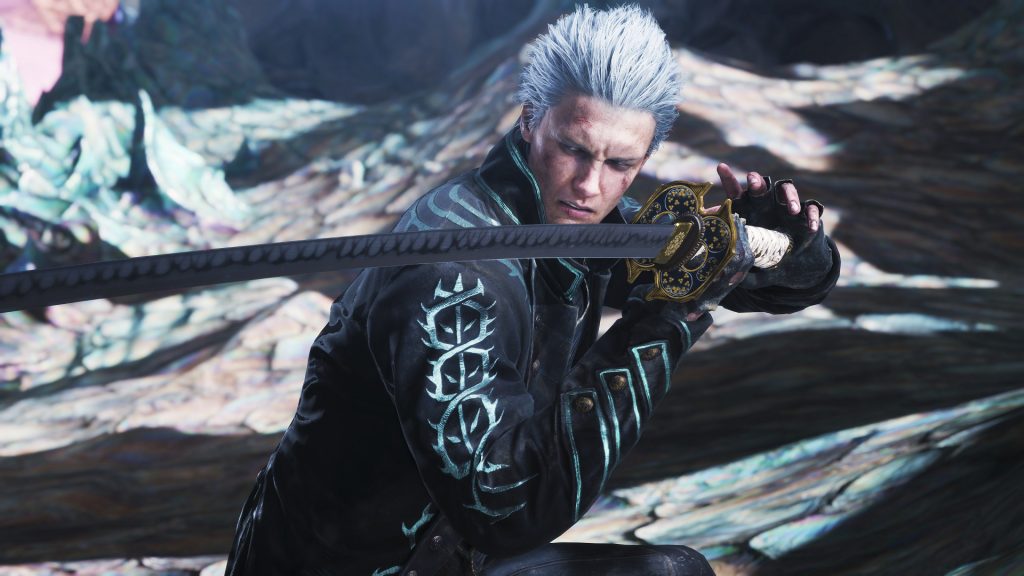 Capcom has announced that Vergil will be arriving in Devil May Cry 5 on PlayStation 4 and Xbox One via DLC.

Dante’s brother was revealed as a new playable character in the game last week, when Devil May Cry 5 Special Edition was announced at the PS5 Showcase.

The new edition of the game comes loaded with new features such as ray tracing, and enhanced 3D audio, Turbo Mode, and Legendary Dark Knight Mode – but the biggest update is the addition of Vergil as a playable character.

Until today, it was unclear whether you would be able to get Vergil in the standard edition of the game on current consoles.

Producer Matt Walker and director Hideaki Itsuno announced that Vergil will be arriving as premium DLC for the base game on PS4 and Xbox One.

Many of the updates you’ll see in the Special Edition won’t be coming to PS4 and Xbox One thanks to technical limitations, but at least you’ll be able to get the highly-motivated swordsman if you own the base game.

More information about Vergil’s moveset is going to be revealed soon, according to the developers.

Subscribe to the VG247 newsletter
Get all the best bits of VG247 delivered to your inbox every Friday!

A release date has not been given for the DLC, but Devil May Cry 5 Special Edition launches on Xbox Series X on November 10 and PS5 on November 12, so it stands to reason that Vergil will be available around then.