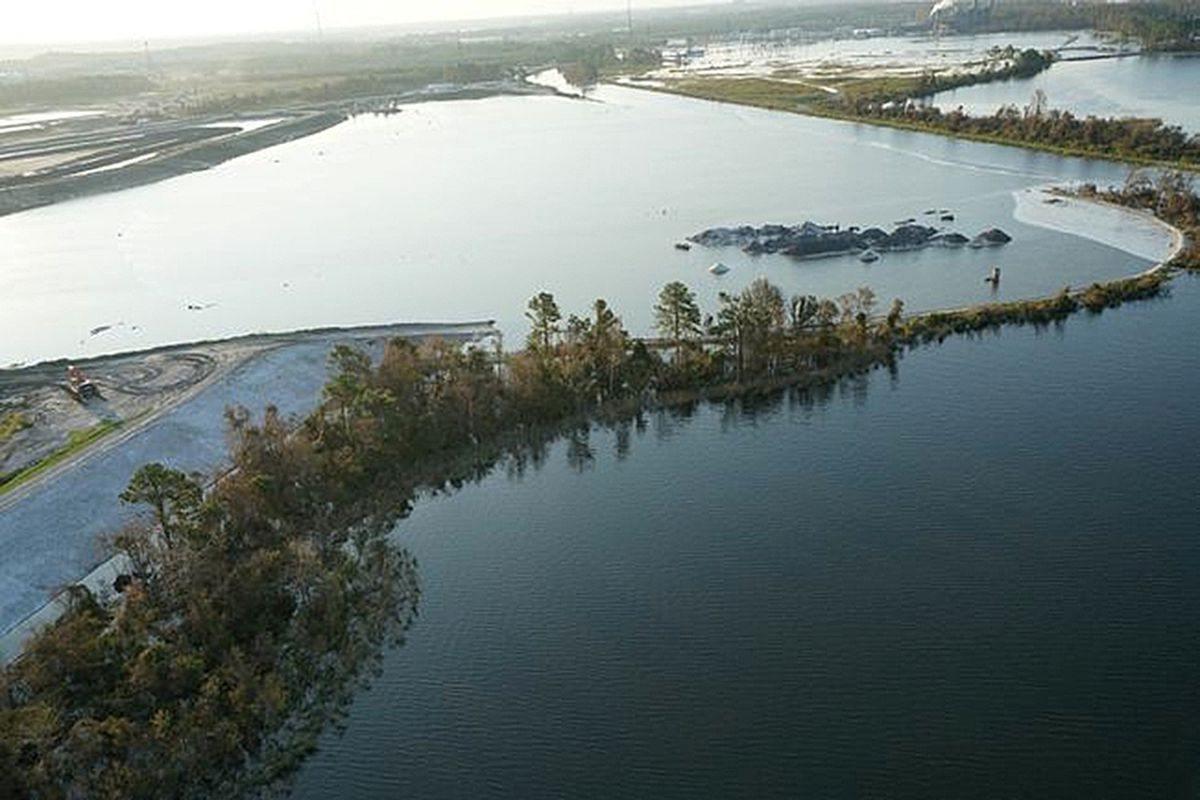 Nearly 50 years ago, a power company received permission from North Carolina to build a reservoir by damming a creek near the coastal city of Wilmington. It would provide a source of steam to generate electricity and a place to cool hot water from an adjacent coal-fired plant.

Sutton Lake became popular with boaters and anglers, yielding bass, crappie, bluegill and other panfish. But coal ash from the plant fouled the public reservoir with selenium, arsenic and other toxic substances, endangering the fish and people who ate them.

Environmentalists sued Duke Energy, which settled the case by spending US$1.25-million protecting nearby wetlands. But now the company – and other U.S. power producers – may have gotten the last laugh.

The Trump administration this year completed a long-debated rewrite of the Clean Water Act that drastically reduces the number of waterways regulated by the federal government. A little-noticed provision for the first time classifies “cooling ponds” as parts of “waste treatment systems” – which are not covered under the law.

The U.S. Environmental Protection Agency and the power industry describe it as a clarification with little real-world effect. But environmental groups challenging the Trump rule in court say it opens up reservoirs like Sutton Lake to similar abuse.

“These lakes are sources of food, drinking water, recreation and property values for surrounding communities,” said Frank Holleman, a lawyer with the Southern Environmental Law Center. “They’ve been protected under the Clean Water Act ever since it’s been adopted, all the way back to Nixon. No responsible adult would have stripped away these protections.”

The provision on reservoirs is an example of “hidden bombs” that could lurk in the new regulation’s fine print, said Mark Ryan, a former EPA lawyer who helped craft the Obama administration’s clean-water rule that was replaced by the substantially weaker Trump version.

“Congress needs to fix this, or it will be tied up in litigation forever,” Mr. Ryan said.

The 1972 law requires developers, factories and others who use navigable waters to get permits specifying how much pollution can be discharged or wetland acreage filled. State regulators and the EPA monitor compliance and punish violators.

Disagreement over which waters are under federal jurisdiction has produced Supreme Court rulings and regulatory tinkering. But cooling reservoirs for power plants were covered until the Trump rewrite, Mr. Holleman said.

No complete list of such reservoirs is available, but at least a dozen man-made lakes appear to be vulnerable now, said Blan Holman, also a lawyer with the Southern Environmental Law Center. Some cover thousands of acres, are prized boating and fishing spots and have shorelines dotted with houses.

Among them: 1,983-hectare Clinton Lake in central Illinois, which was built in the 1970s to serve a nuclear power plant and is part of a state recreation area. Others are in the Carolinas, Oklahoma, Tennessee and Texas.

Lake Keowee, which provides cooling waters for a Duke Energy nuclear plant near Seneca, S.C., is 42-kilometres long and up to 16.4-metres deep. It’s a water sports haven and a drinking water source for several cities.

Alice Guzick, who lives beside the scenic reservoir in the Appalachian mountains, said she fears the regulatory change will make builders less careful to prevent runoff as homes spring up along the shoreline.

“That sediment could cause a lot of pollution,” Ms. Guzick said. “There are many small businesses that would fail if the water were ever contaminated.”

The Edison Electric Institute, which advocates for power companies, last year asked the EPA and the U.S. Army Corps of Engineers to group cooling ponds with unregulated waste treatment systems, saying confusion over their status had led to costly lawsuits.

But the industry wasn’t seeking a loophole to leave large reservoirs unprotected, said Alex Bond, the group’s associate general counsel for energy. He said critics are exaggerating what the wording change will mean.

“Generally speaking, the entire lake is not considered the waste treatment system,” Mr. Bond said, but rather the area near a plant where hot water is discharged. “Anything beyond that would be subject to regulation.”

EPA said in a statement that federal agencies “do not anticipate changes in longstanding implementation practices associated with these systems.”

Duke Power spokesman Philip Sgro said the company pushed for the wording change to be sure its coal ash retention basins at Sutton Lake and other reservoirs were excluded from the clean-water regulation. They are being closed and their contents moved to landfills.

“The lakes and reservoirs used for public access and recreation will remain classified as waters of the United States, and permits will still be required to discharge waste water into them,” Mr. Srgo said.

But that’s not what the new regulation says, Mr. Holleman countered. The law has always excluded waste treatment systems from coverage, he said, and now those systems have been defined to include cooling waters, leaving no basis for issuing federal permits to protect the reservoirs.

The power industry says state laws also will protect large reservoirs. But they are often weaker than the federal Clean Water Act and many don’t allow citizen groups to sue over violations, Mr. Holleman said.

Wilmington-area environmental activist Kemp Burdette said he fears for Sutton Lake, a 445-hectare reservoir that a Duke University study last year found was still heavily contaminated with metals from decades of ash spills even though the coal plant has been replaced with a natural gas system.

“Removing any protection from this lake is going to mean the amount of pollution that’s allowed to be dumped in here goes up,” Mr. Burdette, of Cape Fear River Watch, said during a recent boat tour. Great blue herons skimmed the dark, wind-rippled surface in search of fish, while ospreys took wing from sycamore and cypress trees lining the shore.

Now that coal ash has been moved from shoreline lagoons to a nearby landfill, “you could have this lake start to heal itself,” he said. “But to consider this waste water is a terrible thing that’s probably going to kill this lake.”