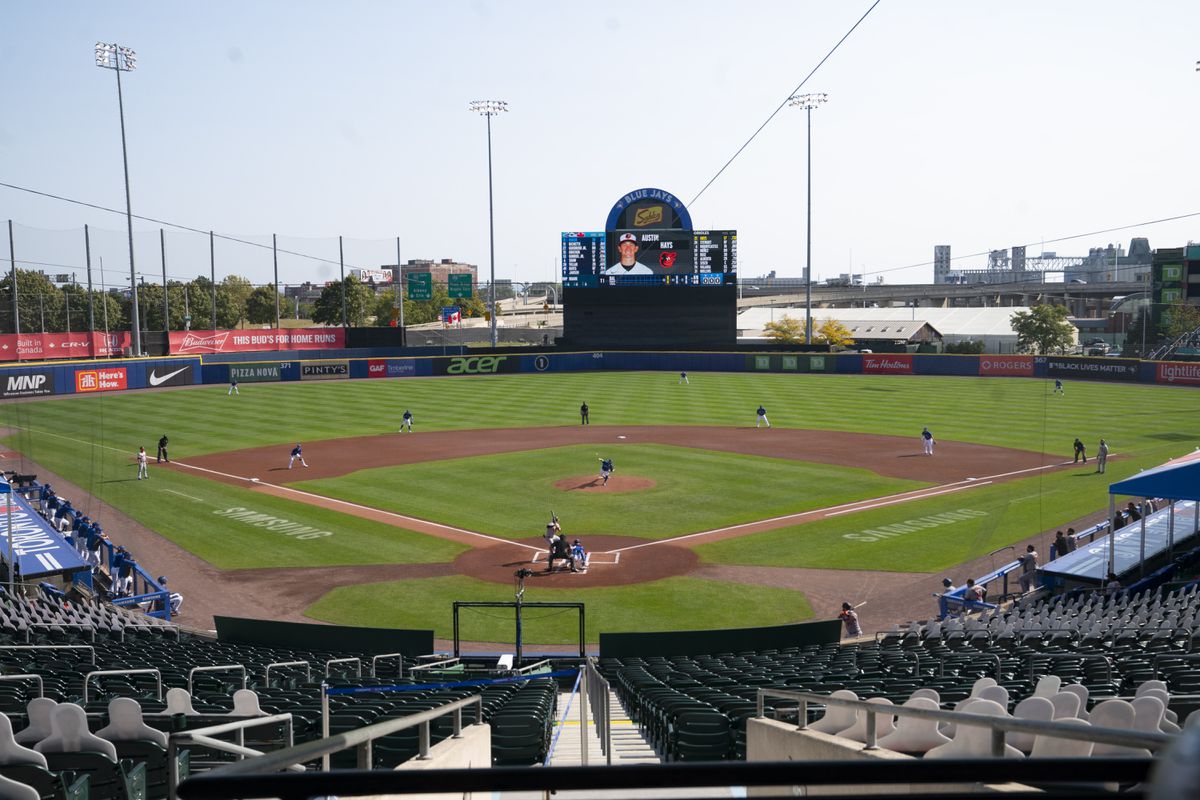 A regular season that will never be forgotten for both its oddity and achievement came to an end for the Toronto Blue Jays in Buffalo on Sunday. They will next play on Tuesday in St. Petersburg, Fla., against the Tampa Bay Rays as the best-of-three wildcard playoff series commences.

They frittered away a 4-1 lead before losing to the Baltimore Orioles 7-5, but that did nothing to diminish their improbable accomplishments.

From the beginning, there was nothing certain about this campaign, which was postponed and then abbreviated by COVID-19. All teams had challenges, but none to the extent of the Blue Jays.

Ross Atkins, Toronto’s general manager, spent days on end on video calls with staff and players after spring training was halted in March because of the spread of the novel coronavirus. Without really knowing, they talked about what could happen, then breathed a sigh of relief when a special summer training camp was held at Rogers Centre ahead of a rejigged 60-game season.

All the while, discussions were being held between the team’s management and government officials to assure the team would be able to play its home games in Toronto. Then those plans were scuttled at the last minute when government officials blocked the attempt because of health concerns.

Suddenly, anything and almost everything was muddled with uncertainty.

The team needed a Plan B, and as it turned out, a Plan C and then D.

“I think of the countless hours that was spent trying to have our season in Toronto,” Atkins said on Friday, reflecting back on the craziness. “We worked on it around the clock for days and weeks. I spent more time and energy working on it than probably anything I have ever done in professional sports and still couldn’t make it happen.”

Attempts were made to share ballparks with other major-league teams, but fell through. A decision was reached to play in Buffalo at the team’s Triple-A affiliate’s ballpark, but it had be renovated to meet major-league standards.

As a result, the Blue Jays played the first two weeks of the season on the road and struggled. They were 5-8 when they finally arrived in Buffalo and it seemed likely they were headed for a frustrating end.

Instead, something unexpected happened. They adopted Sahlen Field as their home away from home, went 17-9 there and made a long run that helped them reach the postseason for the first time since 2016. They had a chance to pass the New York Yankees on Sunday and move into second place in the American League East, but fell just a bit short.

Pitcher Tanner Roark had another rocky start, Randal Grichuk made a costly error misplaying a line drive to centre field and reliever Shun Yamaguchi coughed up three runs in the fifth inning in the defeat.

In a season that has been played uphill from Day 1, it is no big deal.

“We went from starting summer camp to not knowing where we would play home games, then had to start the season without things being absolutely concrete,” Atkins said. “We were potentially going to Pittsburgh and then perhaps to Baltimore.

“Every time I turn TV on and see Pittsburgh playing I envision what it would have been like to play there. And when we played in Baltimore, it was impossible not to think about the possibility of us being there.

“What happened was out of our control ultimately, but then to pull off [going to] Buffalo in a way that our players have what they need and are able to prepare, compete and recover and enjoy their ride is very fulfilling,” Atkins said. “I think it will forever be something we will identify with because it brought all of us more together in a significant way.”

Toronto finished the regular season 32-28 after losing 86, 89 and 95 games in successive years and ended up with the highest improvement by percentage year over year in franchise history. It lost its closer in the first week of the season, lost its best hitter for most of it – yet its 25 victories since Aug. 17 were the second-most in the AL.

“It was a grind,” manager Charlie Montoyo said before the game. “It wasn’t easy.”

Asked if anything surprised him, Montoyo didn’t hesitate.

The team was to fly to Tampa on Sunday night and work out at Tropicana Field. Roster decisions will be made after that.

Toronto is led by a contingent of young players who succeeded together in the minor leagues, and don’t know any better than to think they can do it again. The list includes Vladimir Guerrero Jr., Cavan Biggio, Bo Bichette, Lourdes Gurriel, Teoscar Hernandez, Ryan Borucki, Jordan Romano and Danny Janssen, among others.

“Those guys have played together and won together,” Atkins said. “They believe they can do it because they have. They got to the major leagues and had some success last year. It translated pretty quickly for them to, ‘Not only have we done this in the minor leagues, we can do this here, too.’ ”