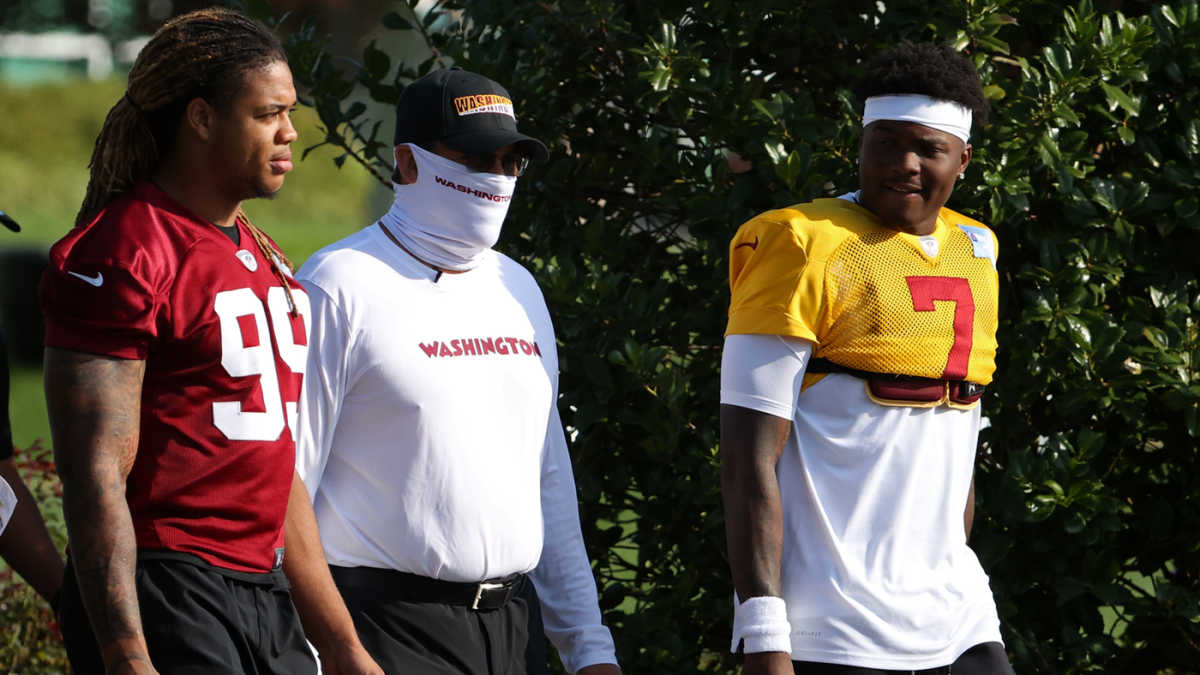 Ron Rivera offered encouragement to second-year quarterback Dwayne Haskins shortly following Washington’s 34-20 loss to the Browns on Sunday. It was a rough performance for Haskins, who threw three interceptions while failing to complete 60% of his passes for the third time in as many games.

“‘Look,'” Rivera said, via Rhiannon Walker of The Athletic, “‘I told you, I am behind you, and I am going to stick with you, so you go out there and play football.'”

While he is sticking with Haskins for now, Rivera clearly wants to see more growth from his second-year quarterback who has not shown much progress following a rookie season that saw him complete fewer than 60% of his passes. In fact, Haskins’ completion percentage this season (56.4%) through three games is worse than it was during his rookie season. Haskins’ lack of success in Cleveland prompted Rivera to be asked about his quarterback’s struggles. Rivera offered a candid response.

“There is a cut-off point for me,” Rivera said. “There were a lot of guys that put their heart out on the field and, truthfully, they deserve better. … When you look at the way Daron (Payne) played and Jonathan (Allen) and Montez (Sweat), guys like that are leaving it on the field – Jon Bostic. Guys played hard. … Then you turn around to the offensive side, and you look at those guys on the offensive line were battling and fighting too, and the things that the backs and the receivers and the tight ends.

“I am going to support the young man. I am not going to pull the plug on him just because something like this happens. … You have to say at some point there is (a cutoff), and I’ll cross that bridge when I get there.”

Rivera said that Cam Newton, his quarterback in Carolina who is currently enjoying a career rebirth in New England, endured similar struggles after being the No.1 overall pick in the 2011 draft. Despite his early struggles, Rivera stuck with Newton, who rewarded his patience by helping lead the Panthers to three straight NFC South division titles. As was the case with Newton, Rivera said that he will not listen to the outside noise as it relates to handling his quarterback position. He’s hoping Haskins can also block out the outside noise while instead focusing on the task at hand.

While he is hoping to have similar patience with Haskins, it’s clear that Rivera will have to see some signs of progress from his quarterback soon. Unfortunately for Haskins, his next chance to prove himself will take place against the Ravens, who had a great deal of success against Baker Mayfield and Deshaun Watson during their first two games of the 2020 season.