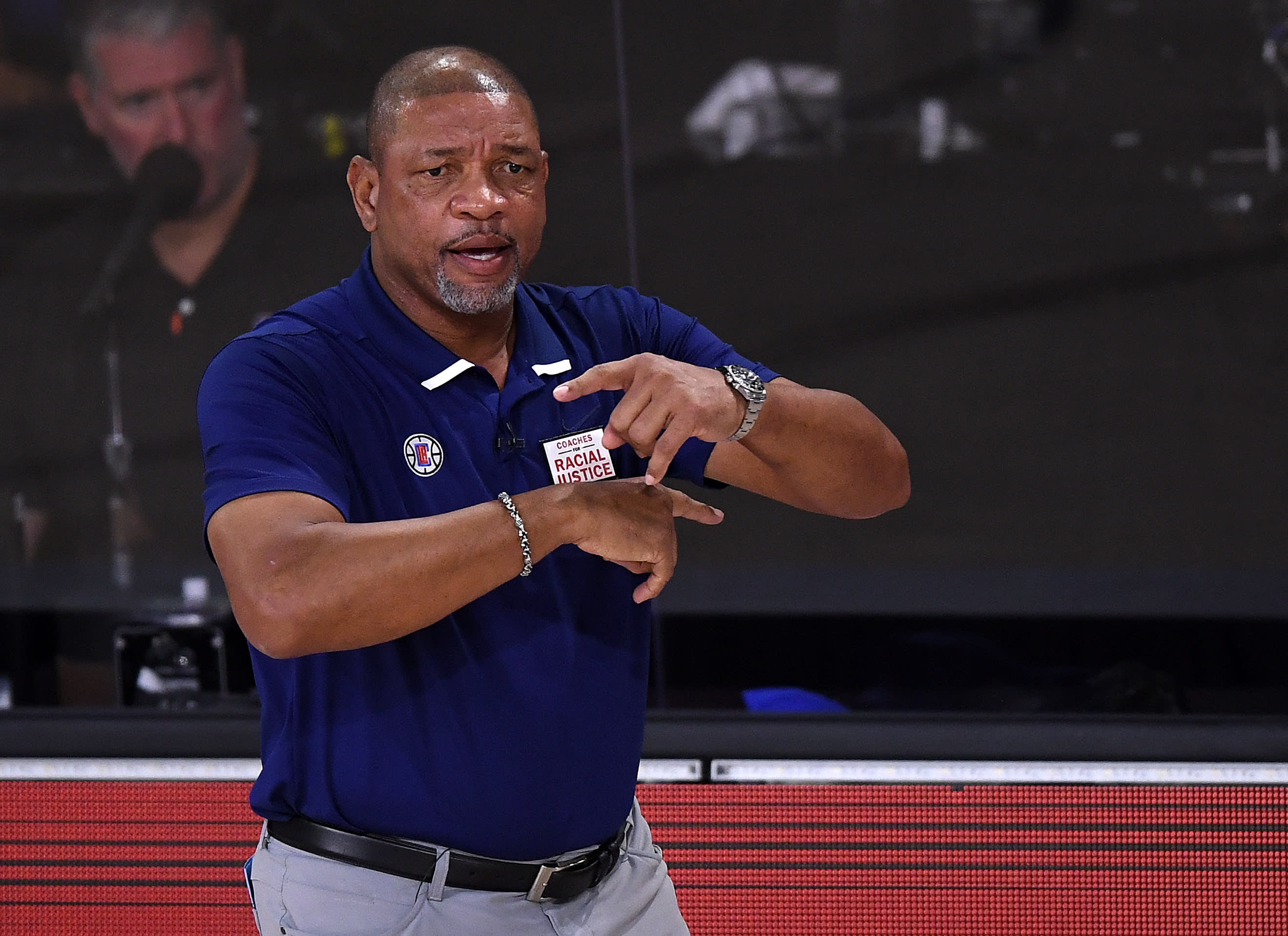 Rivers is out as the Clippers head coach following their loss in the Western Conference semifinals at Walt Disney World earlier this month, both he and the team announced on Monday afternoon.

The decision, the team said in a release, was mutual.

In Clippers press release, says “Steve Ballmer and Doc Rivers have reached a mutual decision that Rivers will step down as head coach of the L.A. Clippers.”

“Doc has been a terrific coach for the Clippers, an incredible ambassador and a pillar of strength during tumultuous times,” Clippers owner Steve Ballmer said in a statement. “He won a heck of a lot of games and laid a foundation for this franchise.

“I am immeasurably grateful to Doc for his commitment and contribution to the Clippers and the city of Los Angeles. I am also extremely confident in our front office and our players.”

Rivers had just finished his seventh season with the organization, where he compiled a 356-208 overall record. They reached the postseason in all but one season under his watch, but never made it out of the semifinals.

“When I took this job, my goals were to make this a winning basketball program, a free agent destination and bring a championship to this organization,” Rivers said in a statement on Twitter, in part. “While I was able to accomplish most of my goals, I won’t be able to see them all through.

“Though it was a disappointing ending to our season, you are right there and I know what this team is capable of accomplishing with your support.”

The Clippers, however, watched that lead disappear almost instantly. The Nuggets rallied back from double-digit holes in the final three games of that series to upset the Clippers and reach the Western Conference finals.

“We will find the right coach to lead us forward and help us reach our ultimate goals,” Ballmer said in a statement. “We will begin the search and interview process immediately.”

Doc Rivers’ time with the Clippers is over. (Douglas P. DeFelice/Getty Images)