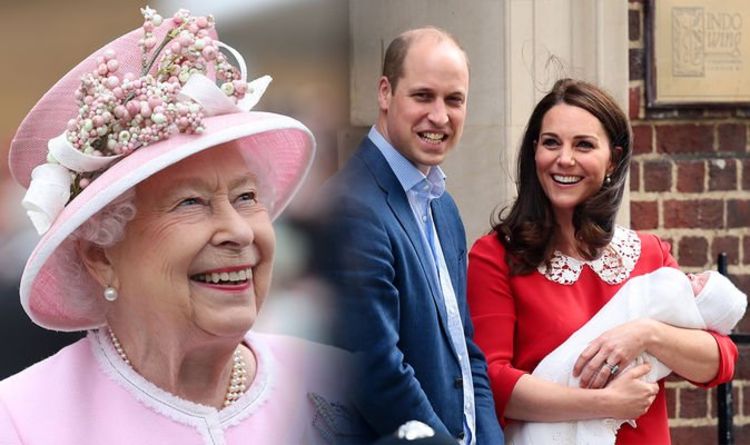 Prince Louis was born at the Lindo Wing of St Mary’s Hospital in 2018, the same place his older siblings were born and where his father, Prince William, was born to Princess Diana and Prince Charles decades before. Louis is the third child of William and Kate, Duchess of Cambridge, and he is currently one of the youngest of the Queen and Prince Philip’s eight great-grandchildren. A few years before Louis’ birth, the Queen made changes to royal rules to allow Louis and his siblings to hold a royal title.

Prince Louis’ full name is His Royal Highness Prince Louis of Cambridge, and his middle names are Arthur Charles.

Louis’ name was long associated with French kings, but it is believed the name pays tribute to a member of the Royal Family.

Lord Louis Mountbatten was Prince Philip’s uncle, and was known to be a close confidante of Louis’ grandfather, Prince Charles.

But had the Queen not made an intervention, Louis would not have been a Prince and would instead have been known as Master Louis Cambridge, after his father’s title, or Master Louis Windsor after the House of Windsor.

King George V issued a royal proclamation in 1917, which set out exactly who was entitled to Prince and Princess titles in the Royal Family.

The proclamation declared all the children of the sovereign would be entitled to the style of Prince and Princess.

Any grandchildren born through the male line are also entitled to be known as Prince or Princess.

For this reason the children of the Queen’s daughter, Princess Anne, were not entitled to be known as Prince or Princess.

However, Prince Andrew’s daughters, Princess Beatrice and Princess Eugenie, are entitled to the style as grandchildren of the monarch through the male line.

Back in 1917 the royal rules regarding Prince and Princess titles did not apply to great-grandchildren of the monarch.

However prior to the birth of Prince William and Kate, Duchess of Cambridge’s first child in 2013, the Queen made a number of changes to the royal rules.

The Queen declared all children of the eldest child of the Prince of Wales, which is Prince Charles, could bear the titles of Prince and Princess.

For this reason, George was born as His Royal Highness Prince George of Cambridge.

Although George is an heir to the throne, the rule also applied to his siblings.

For this reason, his sister Charlotte was also born Her Royal Highness Princess Charlotte of Cambridge.

The Cambridge children are unique to the rest of the Queen’s great-grandchildren for this reason, as none of them have any royal titles at all – including Prince Harry’s son Archie Harrison.

Royal title rules were not the only things the Queen decided to change prior to the arrival of the Cambridge children.

The Queen also introduced the Succession to the Crown Act prior to George’s birth, which removed the system of male-preference primogeniture and replaced it with absolute primogeniture.

The move meant that, regardless of gender, the first child of William and Kate would hold precedence in the line of succession over any younger siblings.