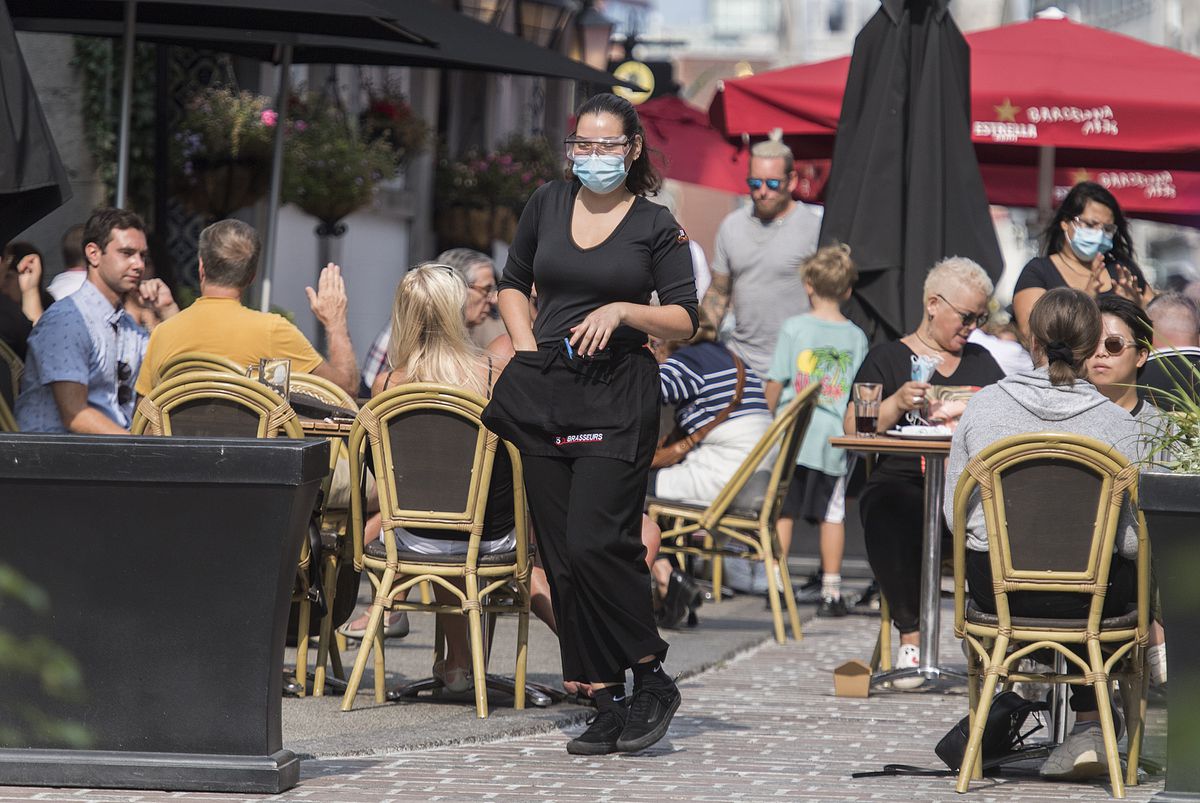 Cases of the novel coronavirus spiked to levels not seen since the spring in Ontario and Quebec on the weekend, as the governments of Canada’s most populous provinces pleaded with residents to limit their social lives amidst the pandemic’s second wave.

Ontario reported 491 new cases of COVID-19 on Sunday, while Quebec announced 896, the highest tallies in either province since May, underlining their sharp rise in cases throughout September.

Those stark increases were matched by campaigns of enforcement and persuasion in both provinces, designed to tamp down large social gatherings. On Friday, Ontario moved last call for bars and restaurants up to 11 p.m., while Quebec Health Minister Christian Dubé issued a “challenge” to avoid contacts outside the home for 28 days in order to “break the wave” of infections.

But as governments emphasized the risk of socializing, researchers and local officials continued to call for clearer data about the source of outbreaks, so people can make informed decisions about how to change their behaviour.

“We’re not being told what areas are the high-risk settings,” said Fatima Tokhmafshan, a geneticist and bioethicist at McGill University Health Centre in Montreal, who is research strategist for the grassroots group COVID-19 Resources Canada. “The most important thing they can do at any level of government is transparency. Give us the data.”

Quebec has again emerged as Canada’s COVID epicentre. Although it remains unclear why the virus is making such headway in Quebec, ordinary Quebeckers have displayed fatigue with pandemic restrictions. A Léger survey released last week found that nearly three-quarters of Quebec respondents had relaxed their observation of public-health guidelines, such as mask-wearing indoors and practising physical distancing, in the previous month.

In press conferences last week, Mr. Dubé emphasized the risk of private gatherings such as barbecues and dinner parties, and urged Quebeckers to be more vigilant. But Dr. Tokhmafshan argued that a lack of information about outbreaks makes a clear picture of Quebec’s second wave hard to assemble.

“In Quebec, the government is not being transparent,” she said. “We don’t know where are those outbreaks in schools, which restaurants are being affected.”

Ontario has also struggled to curb social gatherings, while leaving residents in the dark about the exact sources of second-wave infections.

Hundreds of car enthusiasts took over the tourist town of Wasaga Beach, Ont., on the weekend, defying social-gathering limits, while also engaging in dangerous driving and breaking alcohol laws, said OPP Sergeant Jason Folz. Police officers closed the town to non-residents on Saturday night in an effort to reduce crowds and unsafe driving, before reopening on Sunday morning.

The unauthorized rally follows similar ones in other parts of the province in recent weeks. A spokeswoman for Premier Doug Ford said such gatherings are “irresponsible and unacceptable.”

How many coronavirus cases are there in Canada, by province, and worldwide? The latest maps and charts

Is my city going back into lockdown? A guide to COVID-19 rules across Canada

“As cases continue to climb in Ontario, we must work together to control the spread of COVID-19,” the Premier’s spokeswoman Ivana Yelich said in an e-mail.

Ontario’s resurgence in cases has been concentrated in Toronto and suburban Peel Region, and there is evidence that nightlife in the cities played a role in fuelling the second wave. Three restaurants and bars in Toronto’s King Street West entertainment district were shut down on Friday night by the city’s Medical Officer of Health to prevent further spread of COVID-19. The closing orders mark the first time Toronto Public Health has taken such a step in relation to the pandemic.

Vinita Dubey, the city’s Associate Medical Officer of Health, said on Sunday that a total of 29 cases of COVID-19 have been confirmed in both patrons and staff at MARBL, King Taps and Casa Mezcal, the three establishments ordered closed.

Toronto Public Health said it found “a concerning link involving these locations,” including that people infected with COVID-19 were employed at multiple establishments. The agency said staff were working while ill or felt pressure to do so, one business did not co-operate with investigators and another served food buffet style, a violation of provincial regulations.

In a statement on Instagram, MARBL said it is closed “due to unforeseen circumstances” and looks forward to serving guests again soon. King Taps said it is co-operating fully with Toronto Public Health and reviewing its practices while the restaurant undergoes a deep cleaning.

COVID-19 infections have been rising steadily among young adults in Toronto. Of cases reported in the past two weeks, 56 per cent are in individuals aged 20 to 39, compared with 47 per cent for the month prior, according to Toronto Public Health.

But city councillor Joe Cressy, who chairs Toronto’s Board of Health, said people need detailed information on where COVID-19 outbreaks are occurring in order to change their behaviour.

“It’s very hard for the public to understand where risk is if they don’t know where transmission’s occurring,” he said.

The Board of Health last week asked Eileen de Villa, the city’s Medical Officer of Health, to publicly report details of workplace outbreaks.

“Because there is not a full and complete reporting of transmission, people have a distorted view of where outbreaks are occurring or where risk is. You could be forgiven for thinking that you’re only at risk if you live in a long-term care facility or attend strip clubs. But of course, we know that transmission is broad and across society. And so information is power and information also helps to inform decision-making,” Mr. Cressy said.

In a statement, Toronto Public Health said it is looking into the request and noted that it issues public-health notices when there is a broader risk to the public.

Sign up for the Coronavirus Update newsletter to read the day’s essential coronavirus news, features and explainers written by Globe reporters.