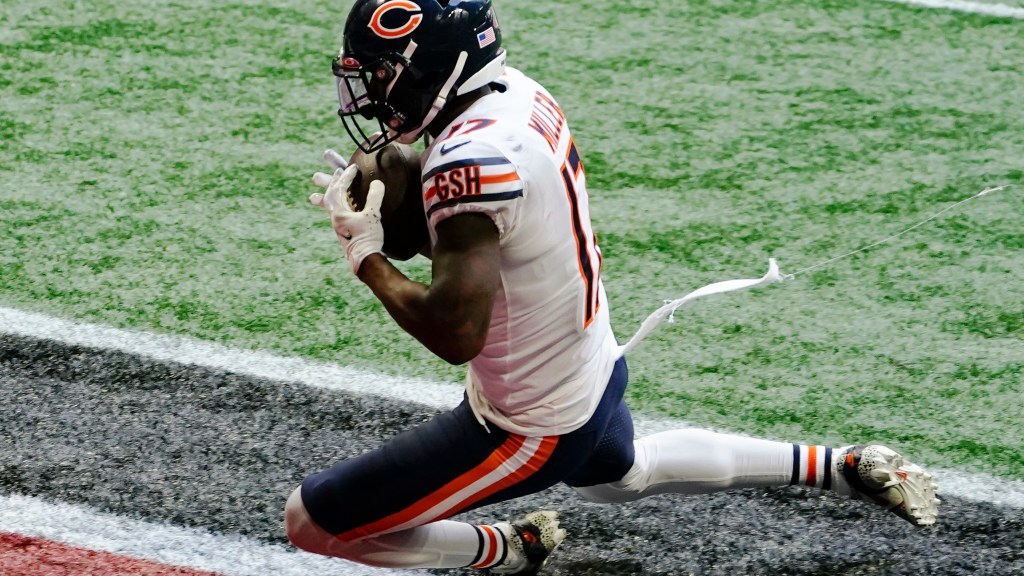 The Chicago Bears orchestrated their second 16-plus point comeback in three weeks with a 20-point fourth quarter, which consisted of three Nick Foles touchdown passes.

But Foles’ most impressive touchdown drive was his last. After the Bears had trimmed their deficit to 26-23, they got the ball back with four minutes left with a chance to win the game…for the second time this season.

The Bears were facing third-and-8 from Atlanta’s 28-yard line. They needed a long field goal to tie it or a touchdown to take the lead. And there wasn’t any doubt that it was touchdown-or-bust for this Bears team.

During the two-minute warning television break, Foles pulled receiver Anthony Miller aside and told him, if there was an all-out blitz, to run to the “L” in the Atlanta end zone and the ball would be there.

So as the Falcons brought an all-out blitz on Foles, he released the ball as he got clocked by a defender and Miller ran straight to the “L” to catch the 28-yard game-winning touchdown. Just as he’d promised.

That was Miller’s second game-winning touchdown in the last three weeks, as he had the game-winner against the Detroit Lions in what was the team’s first fourth-quarter comeback.

In just a quarter and a half, Foles has already shown a command as if he’s been running this offense for a season rather than a quarter and a half. While Bears head coach Matt Nagy said he hasn’t made a decision on who will be the starting quarterback moving forward, between him and Mitchell Trubisky, it’s clear to everyone with sense that it’ll be Foles.