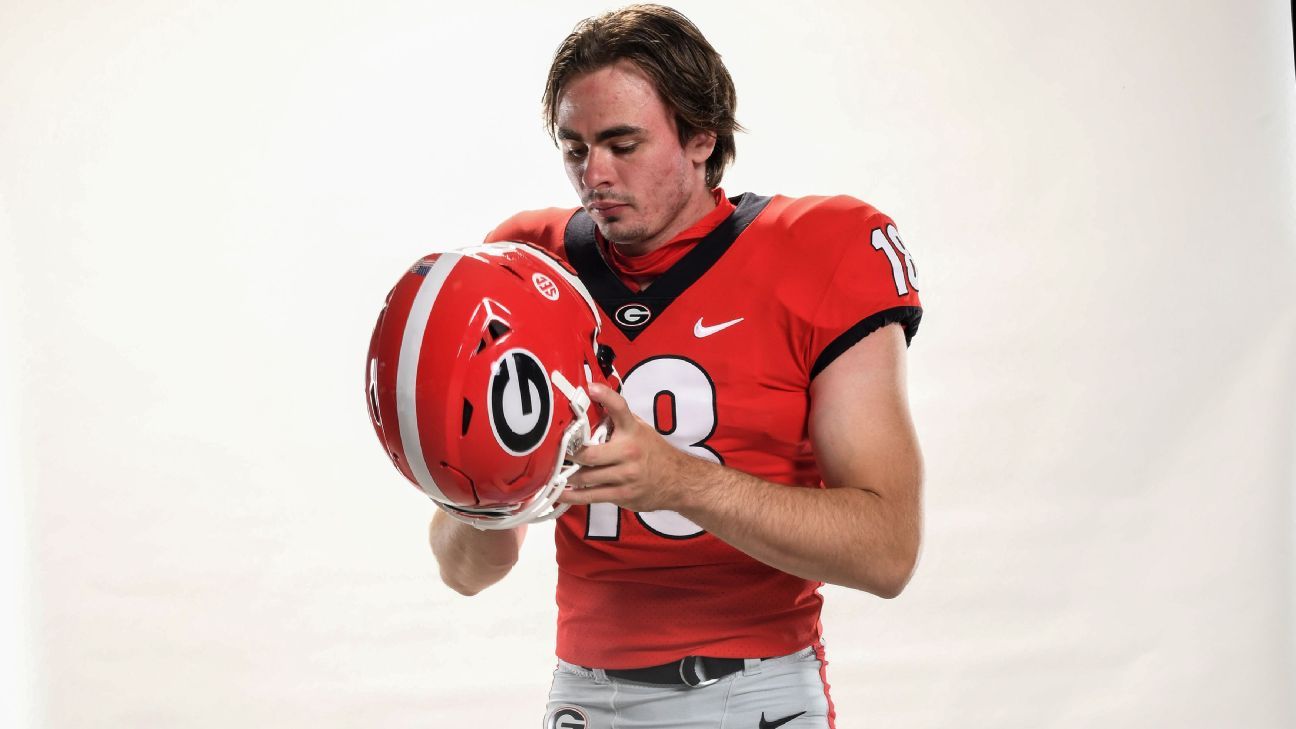 Georgia coach Kirby Smart said Monday that transfer quarterback JT Daniels has been cleared from a knee injury that caused him to miss most of his final season at USC in 2019, and he would be available to play in Saturday’s game against Auburn at Sanford Stadium.

Bulldogs redshirt freshman D’Wan Mathis struggled in his first start in last week’s 37-10 win at Arkansas, completing 8 of 17 passes for 55 yards with one interception. Former walk-on Stetson Bennett came off the bench and passed for 211 yards with two touchdowns.

“All I can tell you is that we’re going to continue to work with all of the guys we’ve got to put the best guy in there that gives us the best opportunity to win the football games,” Smart said. “D’Wan did not play as bad as it seemed to some. I thought he did some good things watching the tape, and he had some unfortunate bad breaks that happened while he was in at quarterback.”

Daniels tore the ACL and meniscus in his right knee in USC’s 31-23 win over Fresno State in the 2019 opener and hasn’t played in a game since. He underwent an arthroscopic procedure in December or January to clean up his knee, according to Smart. Daniels joined the Bulldogs as a transfer in May and received an NCAA waiver to play immediately.

“JT will be cleared,” Smart said. “But I don’t know how much that changes the picture in terms of reps and development. We’ll be looking at everybody across the board. JT’s got to be able to show us that he can function efficiently and do it with his knee. We always thought he would be cleared by this time anyway.”

Daniels, from Irvine, California, in 2018 became only the second true freshman quarterback to start an opener for the Trojans after graduating one year early from Mater Dei High School in Santa Ana, California. He threw for 2,887 yards with 15 touchdowns and 11 interceptions, while completing 60.7% of his passes in 12 starts over two seasons at USC.

After Daniels hurt his knee in the 2019 opener, freshman Kedon Slovis took over the starting job and passed for 3,502 yards with 30 touchdowns and nine interceptions.