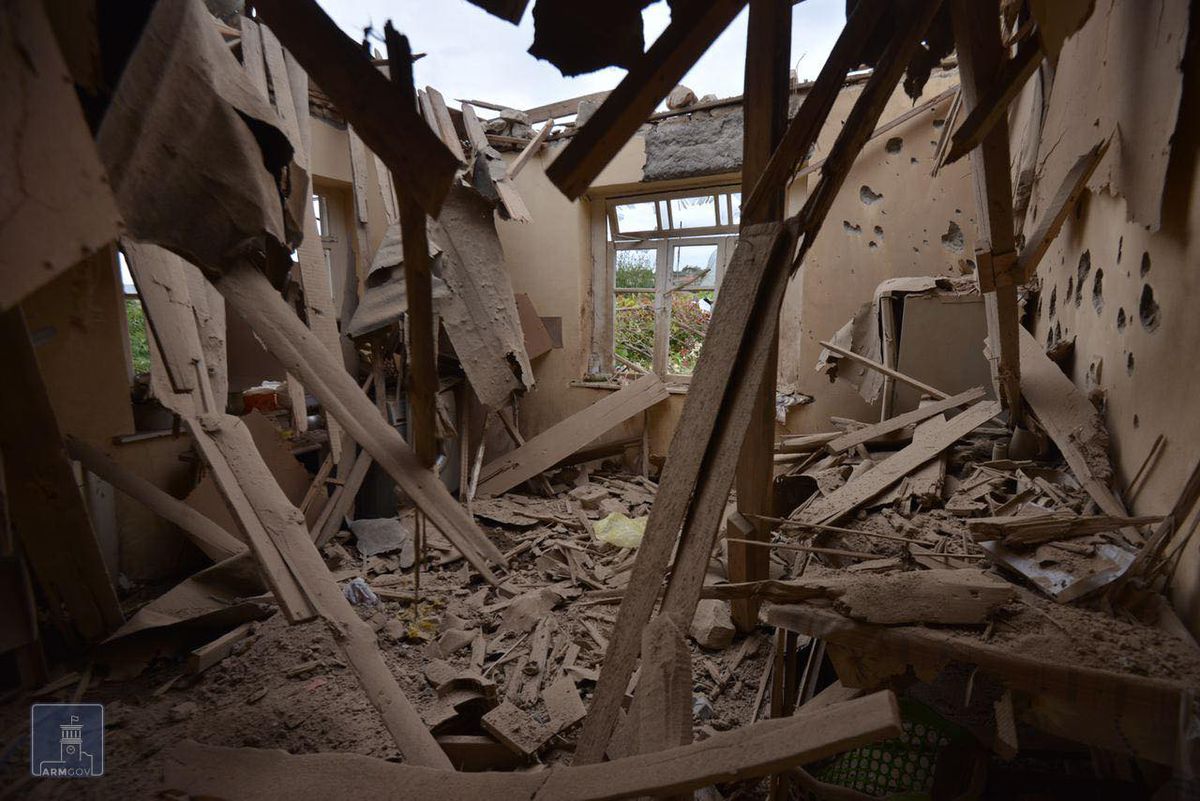 Fighting escalated sharply on Monday between Azerbaijan and its ethnic Armenian mountain enclave of Nagorno-Karabakh, and at least 55 people were killed in a second day of heavy clashes.

The two sides pounded each other with rockets and artillery in the fiercest round of the decades-old conflict in more than a quarter of a century.

“This is a life-and-death war,” Arayik Harutyunyan, the Nagorno-Karabakh leader, told a briefing.

Any move to all-out war could drag in major regional powers Russia and Turkey. Moscow has a defence alliance with Armenia, which provides vital support to the enclave and is its lifeline to the outside world, while Ankara backs its own ethnic Turkic kin in Azerbaijan.

“We haven’t seen anything like this since the ceasefire to the war in the 1990s. The fighting is taking place along all sections of the front line,” said Olesya Vartanyan, senior analyst for the South Caucasus region at Crisis Group.

Why is the ‘frozen conflict’ between Azerbaijan and Armenia heating up now?

Nagorno-Karabakh said 53 of its soldiers had been killed in fighting with Azeri forces on Monday, after saying that 31 of its servicemen had been killed on Sunday and around 200 wounded when Azerbaijan attacked.

Nagorno-Karabakh also said it had recovered some territory lost on Sunday, but the region’s leader said later that neither the Azeri army nor the Armenian militaries captured any tactical positions during the fighting on Monday.

He said that the Azeri army had started a major attack towards Matagis and Talish and alongside the Araks river.

The general prosecutor’s office in Azerbaijan said two Azeri civilians had been killed on Monday, after five were killed on Sunday, and 30 had been wounded. There was no official information about any Azeri military casualties.

Azerbaijan declared a partial military mobilisation on Monday after declaring martial law on Sunday. Armenia and Nagorno-Karabakh declared martial law and mobilised their male populations on Sunday. Men older than 18 years in Armenia are banned from leaving the country.

Vartanyan said the use of rockets and artillery brought a higher risk of civilian casualties that could make the escalation hard to stop by diplomatic means.

“If there are mass casualties, it will be extremely difficult to contain this fighting and we will definitely see a full-fledged war that will have a potential intervention of Turkey or Russia, or both of them.”

Russia called for an immediate ceasefire, and Turkey said it would support Azerbaijan.

Clashes first broke out in the late 1980s between Nagorno-Karabakh’s Armenian Christian majority and their ethnic Azeri neighbours, as Soviet Communist rule from Moscow was starting to crumble.

All-out war in the early 1990s led to hundreds of thousands of Azeris being driven out as the region, with heavy support from Armenia, threw off control from Baku and became self-governing. Hundreds of thousands more Armenians and Azeris were displaced from Azerbaijan and Armenia respectively.

The new fighting has revived concern over stability in the South Caucasus, a corridor for pipelines carrying oil and gas to world markets.

Angela Frangyan, a filmmaker in the Nagorno-Karabakh capital Stepanakert, said residents had taken cover in bomb shelters and constant shelling could be heard. All shops were closed and hardly anyone was in the streets.

Turkish President Tayyip Erdogan demanded Armenia immediately quit the Azeri lands he said it was occupying and said it was time to end the Nagorno-Karabakh crisis.

British Prime Minister Boris Johnson discussed the surge in violence with Erdogan in a call on Monday. Johnson’s office stressed that Britain was calling for urgent de-escalation in Nagorno-Karabakh.

Armenia’s parliament condemned what it said was a “full-scale military attack” by Azerbaijan on Nagorno-Karabakh.

Armenian foreign ministry spokeswoman Anna Naghdalyan said Turkish military experts were fighting alongside Azerbaijan, and that Turkey had provided drones and warplanes. Azerbaijan denied the allegations, and there was no immediate reaction from Turkey.

However, senior officials including Erdogan, who has increasingly been flexing Turkey’s military muscle abroad, have promised support for Baku.

Evyazov also said Lernik Vardanyan, commander of the Armenian airborne assault battalion, had been killed near Talish. Armenia said this was disinformation.

Two Syrian rebels from Turkish-backed groups in areas of northern Syria under Turkish control told Reuters last week that they were being sent as part of a contingent to help Azerbaijan, in coordination with Ankara.

Reuters could not independently verify their accounts.

Hikmat Hajiyev, an aide to Azeri President Ilham Aliyev, said it was nonsense to say Syrian fighters were helping his country.

This content appears as provided to The Globe by the originating wire service. It has not been edited by Globe staff.