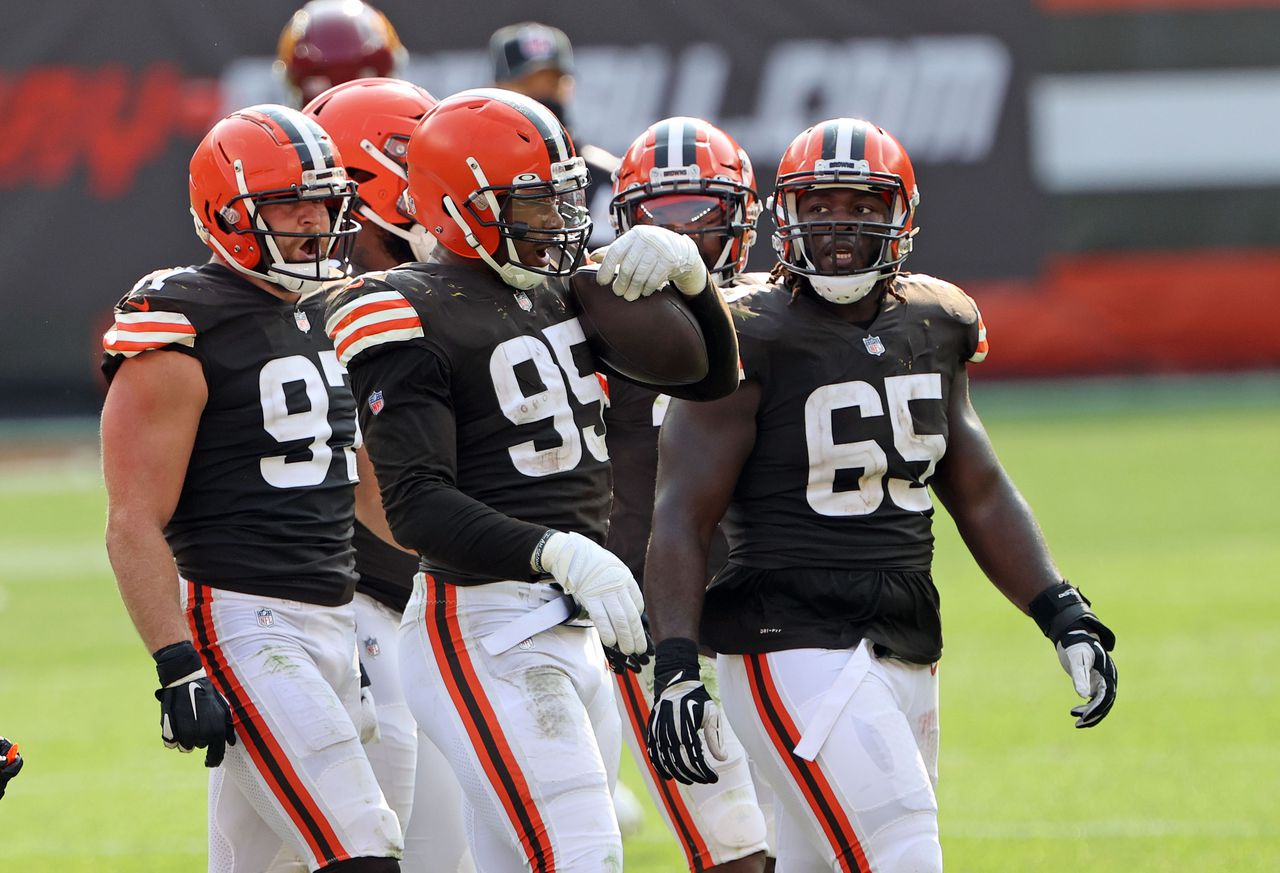 CLEVELAND, Ohio – The Browns defense had five takeaways against Washington on Sunday in a 34-20 win. That included the defense’s first three interceptions of the season.

To provide a fuller picture of how the offense performed, here is how Pro Football Focus analysts graded Browns defensive players.

(PFF grades on a scale of 0-100, with higher grades indicating better play. PFF has explained its grades this way: 100-90 elite; 89-85 Pro Bowler; 84-70 starter; 69-60 backup; 59-0 replaceable. In other words, not too different from how we would match up percentages with traditional letter grades in school.)

Inside the numbers: Garrett had five pressures, two sacks and a forced fumble and recovery. Ogunjobi and Richardson each had two pressures.

Inside the numbers: Goodson graded 90.8 in coverage and 44.9 against the run. Wilson played six snaps.

Inside the numbers: Johnson played 37 snaps and graded 78.2 in coverage. He was targeted once. Mitchell and Ward were each in coverage on touchdowns.

Inside the numbers: Joseph had a team-high five tackles and also the top tackling grade (83.6). Sendejo earned his highest defensive grade of the season. Harrison played six snaps.

New Browns face masks for sale: Here’s where you can buy Cleveland Browns-themed face coverings for coronavirus protection for adults and youth, including a single mask ($14.99) and a 3-pack ($24.99). All NFL proceeds donated to CDC Foundation.

Browns pick off Dwayne Haskins 3 times and strip him once in 34-20 victory over Washington; Chase Young lost early to injury

What we learned from the Browns’ win over Washington (Video)

Sunday’s Browns might not have been a ‘big win,’ but it wasn’t a loss they’ll regret

Baker Mayfield: ‘I could have played way better’ in win over Washington; gets help from OBJ, Nick Chubb, Myles Garrett

Myles Garrett’s strip sack highlights day of takeaways, and this time, Browns finish off a win

The dream for Cleveland Browns fans is complaining about unsatisfying win: Doug Lesmerises

How Washington attacked the Browns defense and what it means for next week’s game vs. the Dallas Cowboys: Film Review

Browns use Washington template to get a win: 3 Quick Thoughts

Browns are still a work in progress after win over Washington, and that’s OK

Watch Nick Chubb give the Browns a 10-7 lead vs. Washington with a 16-yard touchdown