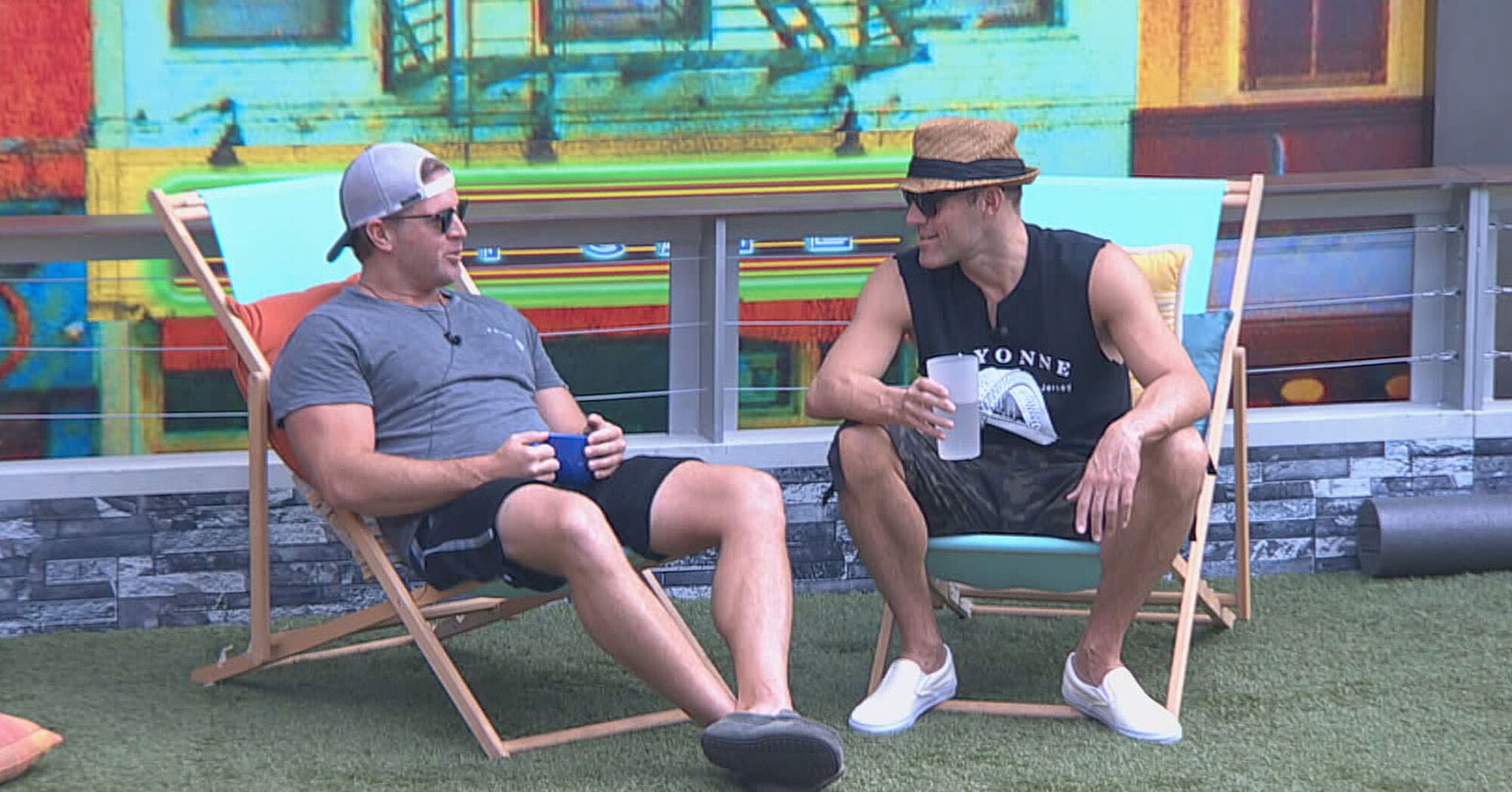 With the numbers in the house starting to really dwindle down, now is the time when The Committee has to start thinking about making moves against their own alliance. If anyone in that main alliance is feeling uncertain about their position, they only have a little more time to use the “outsiders” as numbers to potentially make a big move. Nevermind that they have no idea that a triple eviction is coming on Thursday, which will only intensify the need for an urgent move.

That means there’s a decent amount of talk about the future of the alliance at the beginning of the episode. Christmas asks Nicole about who voted to evict Kevin and therefore keep Da’Vonne in the house, and Nicole lies and once again throws David under the bus as a potential vote. Christmas, for all her bad reads this season, knows that Nicole is lying. She knows that she and Dani were the ones who threw those votes, and now she’s even more certain that when it comes to The Committee, it’s those two she needs to be wary of. Hilariously, Dani and Nicole are lying to each other, too. “I didn’t vote for Kevin.” “Well, I didn’t vote for Kevin either.” They’re both lying and it’s tremendously annoying to watch.

As annoying as it is, at least there’s some movement here, some sense that the dynamic of the big alliance might be shifting. Dani has been a potential target for a while, always worrying the other players, and some are starting to think that Nicole is playing a sneaky game, so she could be a target as well. Still, most of The Committee members feel pretty safe in the game, so a few of them don’t even want to win HOH. Memphis has no interest in winning again when Dani uses her “Replay” power to get him in the competition in back-to-back weeks, and Dani doesn’t really want to get any more blood on her hands after nominating four people during her HOH. She feels safe with most of The Committee (maybe she is! Maybe she isn’t!) and isn’t worried about having power this week.

All of that makes a difference because, as Dr. Will announced last week, this week’s challenges will contain the option to go for prizes as well as power. So, this week’s HOH challenge is a mini-putt competition where the players get three shots to obtain the lowest score possible. The twist: there are two sides to the “golf course.” On one side, you’re shooting for the HOH, and on the other side, you’re gunning for a $10,000 prize. The players can split up their shots in any way they see fit, and whoever wins the money does so in secret, meaning they can play for it without other alliance members knowing.

Memphis doesn’t even bother going for the money or the HOH. He doesn’t want the power, and he has no interest in lying about the money. Dani has no interest in HOH, and she goes straight for the money and locks in a solid score. Tyler, on the other hand, is aiming for both. He locks in a solid score on the prize side as well, but his HOH score is lacking. Luckily, that leaves some room for those on the outs to maybe secure their power. Kevin locks in a good score with 5, but, because he’s Kevin and is constantly making bad decisions in challenges, decides to try and improve that score. In doing so, he knocks his ball out of bounds, thus wiping out his 5 and knocking him out of the competition. This is the second HOH challenge where he’s made such a mistake. David comes in with a score of 7; respectable and in the lead, but is it enough?

Well, as usual, it’s not. Cody comes out hot and wins the HOH with a score of 2, while Tyler and Dani tie and secretly split the $10,000. Cody wanted this win to make sure the right people go home. As has been the case all season long, a bunch of The Committee members love to talk about making a big move at this point, and this time around Christmas is the name being thrown out. Dani doesn’t trust her and is pushing for her to maybe be a nomination. Enzo tells Cody about Memphis’ other Wise Guys alliance with Christmas as a way to show him that Christmas and Memphis are shady and need to be targets. “Stop going after the Kevins and Davids,” he says in the Diary Room.

So, what happens? Cody nominates Kevin and David. I mean, look, the editing team is doing everything they can to make it seem like this alliance is going to make big moves, but it’s just not happening. Almost every HOH episode this season has followed the exact same pattern, which has resulted in a truly disappointing, boring season. Will we get some fireworks soon? Probably. With the triple eviction and The Committee eventually having to turn on each other, there’s going to be some unpredictability soon. But for now, we’re in for another ho-hum week where David and Kevin are the targets.

Julie Chen hosts as the houseguests battle it out.