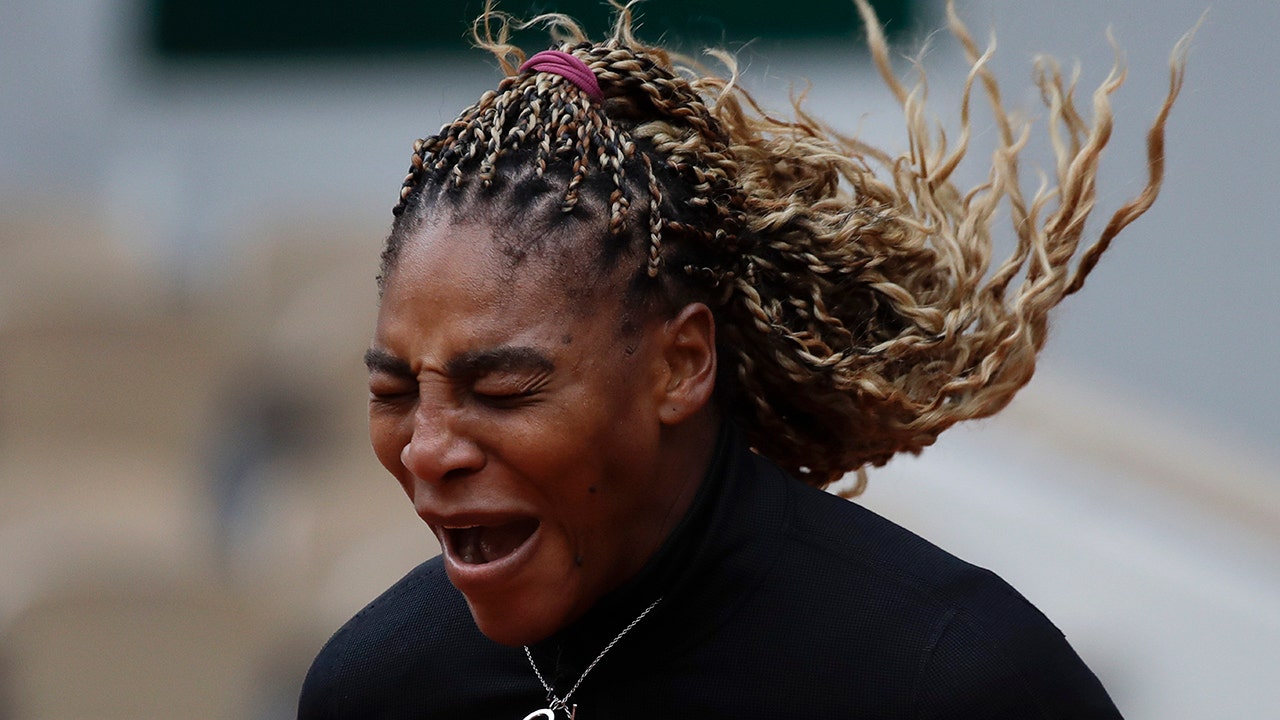 Serena Williams went from a 72-minute struggle of a first set that required a tiebreaker to resolve in her first-round match at the French Open to a lopsided second set in which she did not drop a game.

“I just need to play with more confidence,” Williams said, by way of explanation for how her 7-6 (2), 6-0 victory over 102nd-ranked Kristie Ahn unfolded Monday, “like I’m Serena.”

Well, yes, she was more herself for the latter half of the contest, which by the end really wasn’t much of a contest.

And this is how Ahn described the sensation of being across the net from that version of Williams, the one where she is at her very best.

“It feels like you’re trying to push a runaway train in the opposite direction,” Ahn said. “It’s very difficult to try and stop, to stop her momentum when she’s going, when she’s feeling it.”

Imagine Ahn’s (bad) luck of the draw: She is the first player to face Williams in the first round at two consecutive Grand Slam tournaments, having also lost their matchup at the U.S. Open.

The man Nadal beat in the last two finals, Dominic Thiem, won his first match since winning the U.S. Open, advancing to the second round with a 6-4, 6-3, 6-3 victory over 2014 U.S. Open champion Marin Cilic.

This, too, was a recent rematch from New York.

Thiem will next face American qualifier Jack Sock, who beat Reilly Opelka 6-4, 6-4, 6-3 and was one of six men from the U.S. to get to the second round; only one did a year ago in Paris.

Among the key results on Day 2 of a chilly, pandemic-postponed French Open were losses by 2019 runner-up Marketa Vondrousova, who was beaten 6-1, 6-2 by Polish teengarr Iga Swiatek; 2017 U.S. Open finalist and 2018 French Open semifinalist Madison Keys; and men’s seeds No. 14 Fabio Fognini and No. 19 Felix Auger-Aliassime.

Williams now gets another rematch, facing Tsvetana Pironkova, the player the 39-year-old American beat in the quarterfinals in New York earlier this month.

She keeps coming close: Williams has made it to the final at four of the past eight major tournaments, losing each time. At the U.S. Open, she exited in the semifinals against Victoria Azarenka, slowed a bit down the stretch after hurting her left Achilles tendon.

Williams wore a strip of black athletic tape on the lower portion of that leg Monday. Asked after the match what she’s done to take care of herself, she replied: “A ton of prayer.”