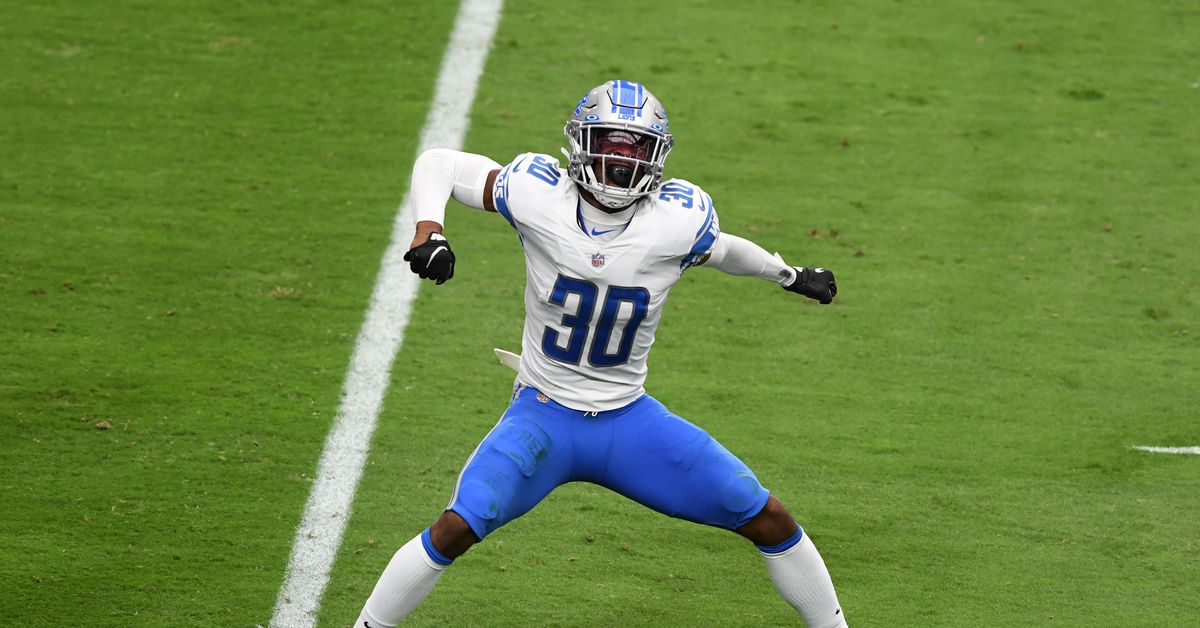 The monkey is off of their back. The Detroit Lions finally got their first win of the season on Sunday when they topped the Arizona Cardinals 26-23 on a last-second field goal by Matt Prater.

It is the 10th win in the Matt Patricia era; here are a few takeaways from a huge game for the Lions.

Jeff Okudah has another rough day, but has a huge play

Rookie cornerback Jeff Okudah made his second career appearance in Week 3, and once again struggled against top competition. This week he took on DeAndre Hopkins, another one of the league’s top receiving talents. Once again, he was overmatched for the most part, but he did make a crucial play in the second half.

Hopkins ended the game with 10 receptions for 137 yards, and much of that came on the right side of the field where Okudah almost exclusively plays. Andy Isabella gave the corner a bit of trouble early on as well. The corner still looked a little slow to react to a lot of plays, and clearly had some issues tackling.

The corner did make one big play, though. Cardinals cornerback Kyler Murray put a pass behind Hopkins, and Okudah was able to jump the route and snag an interception, getting the offense the back the ball.

Overall, another poor performance for the rookie, but he stepped up when it mattered.

One narrative that has dominated the team over the past few years is the defense’s inability to generate a pass rush. Quarterbacks, as recently as last week, had forever to dance around the pocket. Something changed this week, though.

The rushers themselves played well too. Romeo Okwara had a great game, giving Murray a lot of trouble off of the edge. They were not world beaters, but it is nice to see something from a part of the defense that was previously non-existent.