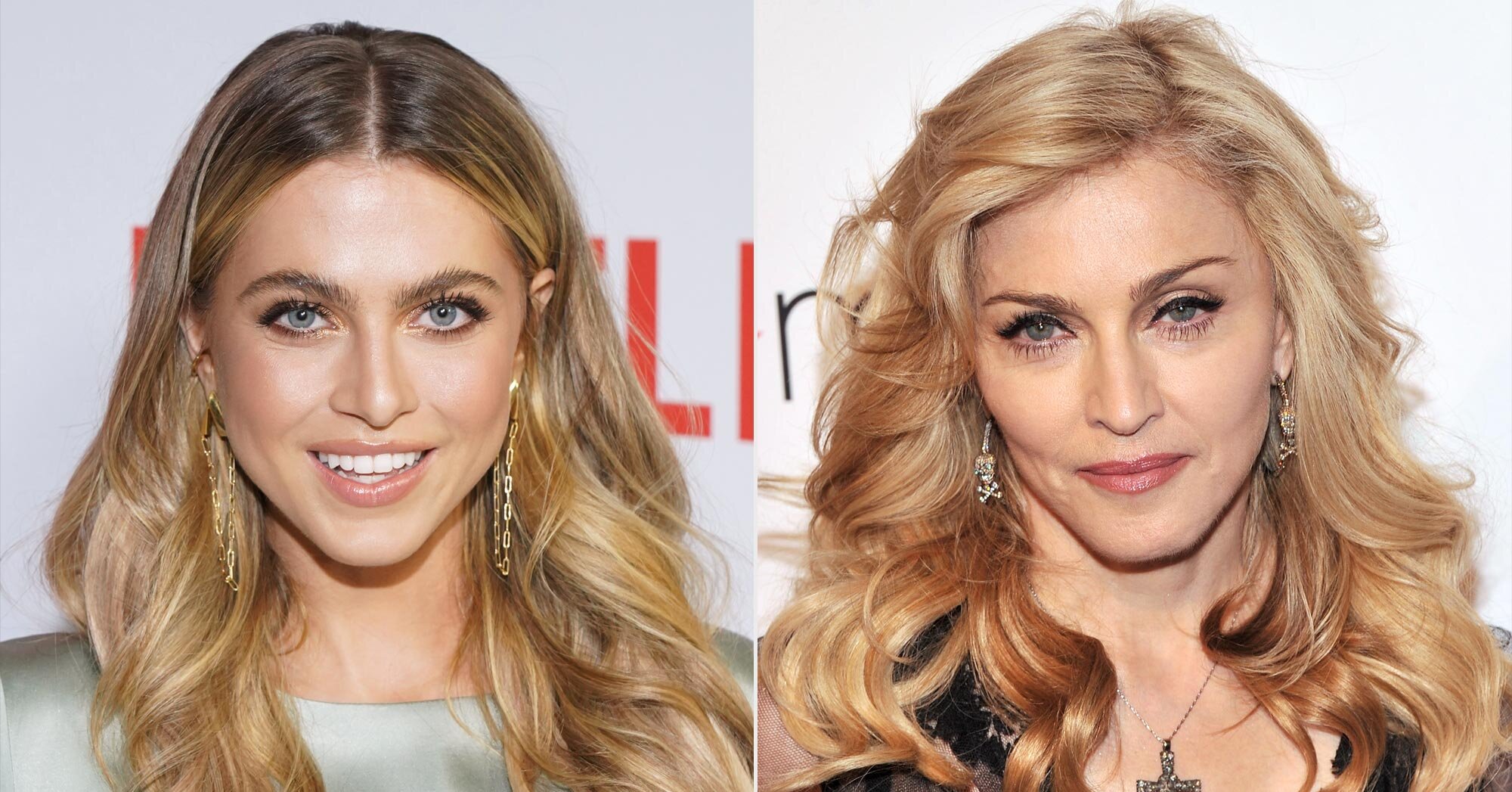 Winters channels Madonna through the ages in a series of photoshoots in the hopes of playing the lead in the superstar’s new self-directed biopic.

The Emmy-winning actress caused a digital stir over the weekend after she began posting a series of photos that depict her channeling pop icon Madonna, all in the hopes of landing the lead role in the legendary artist’s upcoming self-directed biopic.

“BLOW UP @Madonna Instagram guys — I wana [sic] play her in her new biopic,” Winters wrote in a caption for one of the photos, in which she bears a striking resemblance to Madonna in the “Like a Prayer” music video. “I’ve been told I look like young Madonna forever, I act I sing I look like her…. cmon now.”

Winters went on to explain that, since the beginning of the coronavirus pandemic, “casting and film business has been whack af,” and that the photoshoots represented her “trying a new tactic” to secure a major part in the film, which Madonna is co-writing with Oscar-winning Juno scribe Diablo Cody at Universal Pictures.

Though casting for the film has yet to be announced, Madonna stoked speculation when fans discovered that she and her longtime manager, Guy Oseary, had followed Ozark actress Julia Garner on Instagram. Madonna also follows Winters on the social media site, though it is unclear whether she followed her before or after the 26-year-old’s online bid for the part.

“I want to convey the incredible journey that life has taken me on as an artist, a musician, a dancer – a human being, trying to make her way in this world,” Madonna said of the film — which she previously said will follow her career from her beginnings in New York City through to moments like filming Evita, creating “Like a Prayer,” and meeting Harlem ballroom dancers ahead of shooting “Vogue” — in a press statement. “The focus of this film will always be music. Music has kept me going and art has kept me alive. There are so many untold and inspiring stories and who better to tell it than me. It’s essential to share the roller coaster ride of my life with my voice and vision.”

See more of Winters’ posts below.