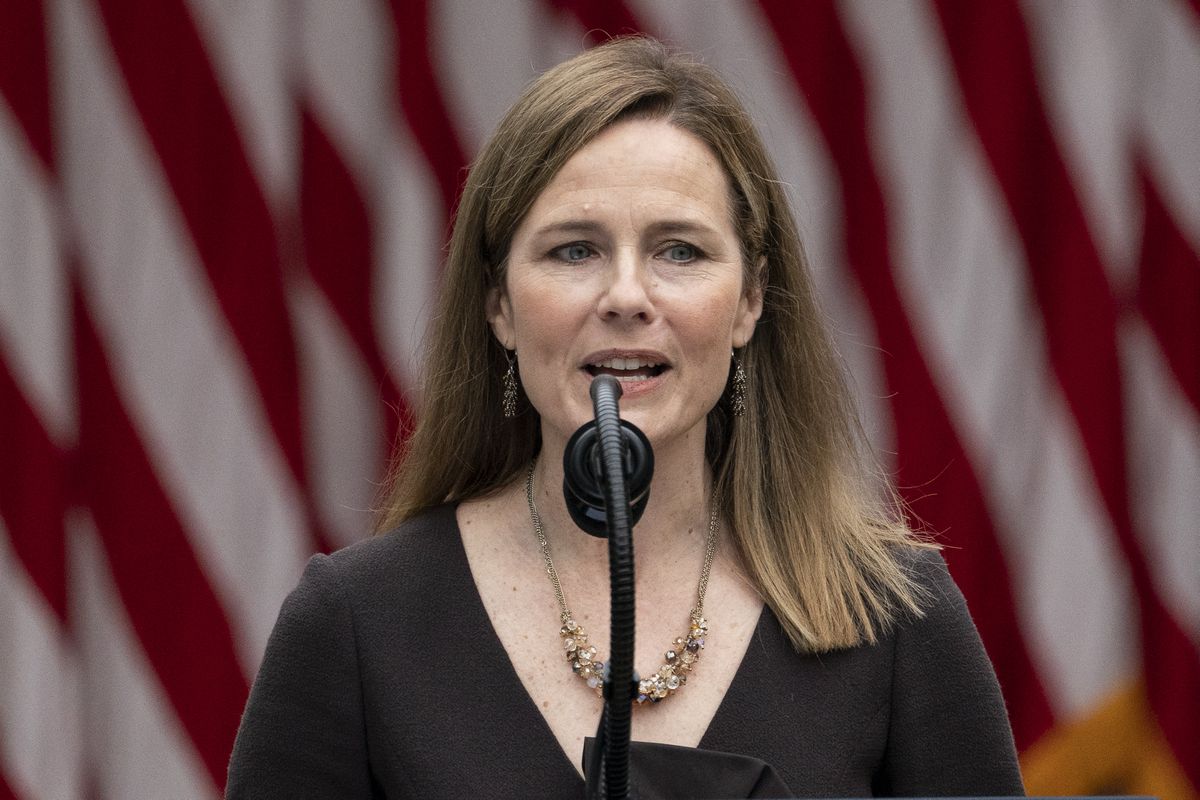 In a White House Rose Garden ceremony on Saturday, Trump announced Barrett, 48, as his selection to replace liberal Justice Ruth Bader Ginsburg, who died on Sept. 18 at age 87. Barrett said she would be a justice in the mold of the late staunch conservative Antonin Scalia. Her confirmation would result in a 6-3 conservative majority on the court.

Trump urged Republicans, who hold a 53-47 Senate majority, to confirm Barrett, a federal appeals court judge and a favourite of religious conservatives, by the Nov. 3 election. He has said he expects the justices to have to resolve the election in which he faces Democratic challenger Joe Biden.

Amy Coney Barrett’s nomination to Supreme Court is a perfect reflection of the divisions in U.S. politics

The Supreme Court has only once in U.S. history had to resolve a presidential election, in 2000. Trump also has declined to commit to a peaceful transfer of power if he loses the election.

“I look forward to meeting with the nominee next week and will carefully study her record and credentials,” said Senate Majority Leader Mitch McConnell, who has made confirming Trump’s judicial appointments a paramount priority. “As I have stated, this nomination will receive a vote on the Senate floor in the weeks ahead.”

Barrett is expected to begin meetings with individual senators on Tuesday. Trump said the Senate Judiciary Committee, chaired by his ally Senator Lindsey Graham, would begin confirmation hearings on Oct. 12.

Like Trump’s two other appointees, Neil Gorsuch in 2017 and Brett Kavanaugh in 2018, Barrett is young enough that she could serve for decades in the lifetime job, leaving a lasting conservative imprint. Trump’s two previous appointments were surrounded by controversy.

Trump was able to appoint Gorsuch to fill the vacancy left by Scalia’s 2016 death only because McConnell refused to let the Senate consider Obama’s nominee Merrick Garland because it was an election year, an action with little precedent in U.S. history. Democrats now accuse him of hypocrisy.

Kavanaugh was confirmed after a tumultuous confirmation process during which a California university professor accused him of sexually assaulting her in 1983 when both were high school students in Maryland. Kavanaugh denied the allegation and portrayed himself as the victim of an “orchestrated political hit” by Democrats. During his confirmation hearings, Graham angrily defended Kavanaugh.

Biden and his vice presidential running mate Kamala Harris, a member of the Judiciary Committee, blasted Trump’s choice of Barrett, focusing in particular on the threat they said she would pose to health care for millions of Americans.

Biden noted that even as Trump’s administration is seeking to strike down Obamacare in a case the Supreme Court is due to hear on Nov. 10, Barrett has a “written track record” criticizing a pivotal 2012 ruling authored by Chief Justice John Roberts preserving the health care law formally known as the Affordable Care Act. If quickly confirmed, Barrett could be on the bench to hear that case.

“Trump’s hand-picked successor to Justice Ginsburg’s seat makes it clear: they intend to destroy the Affordable Care Act & overturn Roe. This selection would move the court further right for a generation & harm millions of Americans,” Harris wrote on Twitter on Saturday.

Barrett, a devout Roman Catholic who earned her law degree and taught at the University of Notre Dame in Indiana, was appointed by Trump to the Chicago-based 7th U.S. Circuit Court of Appeals in 2017.

An emboldened Supreme Court conservative majority could shift the United States to the right on hot-button issues by, among other things, curbing abortion rights, expanding religious rights, striking down gun control laws, halting the expansion of LGBT rights, and endorsing new restrictions on voting rights.