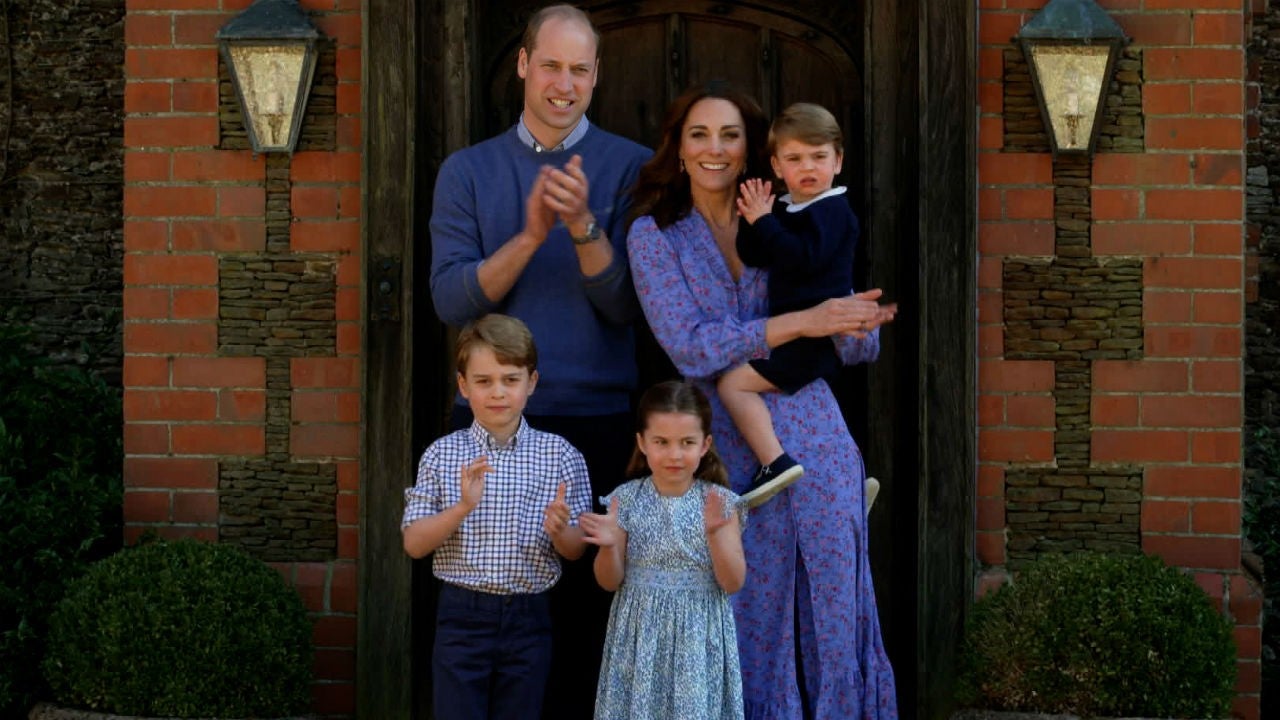 In the first photo, the Duke and Duchess of Cambridge are surrounded by their children, who are color coordinated in white and navy ensembles. The second snap shows George with a giant shark tooth, which was gifted to him by Attenborough.

“Sir David found the tooth on a family holiday to Malta in the late 1960s, embedded in the island’s soft yellow limestone which was laid down during the Miocene period some 23 million years ago,” the caption reads. “Carcharocles is believed to have grown to 15 metres in length, which is about twice the length of the Great White, the largest shark alive today.”

This is the latest photo of all three of the royal couple’s children since William’s birthday in June. The family had also shared new portraits of Prince George for his 7th birthday in July.

Kate and William have kept busy these past months, tending to their royal duties. Earlier this month, the couple, along with the official accounts for Queen Elizabeth II and Prince Charles and Camilla, the Duchess of Cornwall, all posted photos in honor of Harry’s birthday.

The Kensington Palace account shared a cute image of Harry, William, and Kate racing. This was Harry’s first birthday since he stepped down as a senior member of the royal family in March. Harry and his wife, Meghan Markle, have since relocated to Santa Barbara, California, with their 1-year-old son, Archie.

To celebrate his birthday, royal expert Katie Nicholl told ET that the Duke and Duchess of Sussex had a “low-key affair.”

“Just on this occasion they celebrated quietly at home,” Nicholl shared. “I’m told they got the chance to switch off from their devices. They weren’t actually working yesterday, so it would have been just a nice family day enjoyed with the three of them.”

For more on the royal family see below.