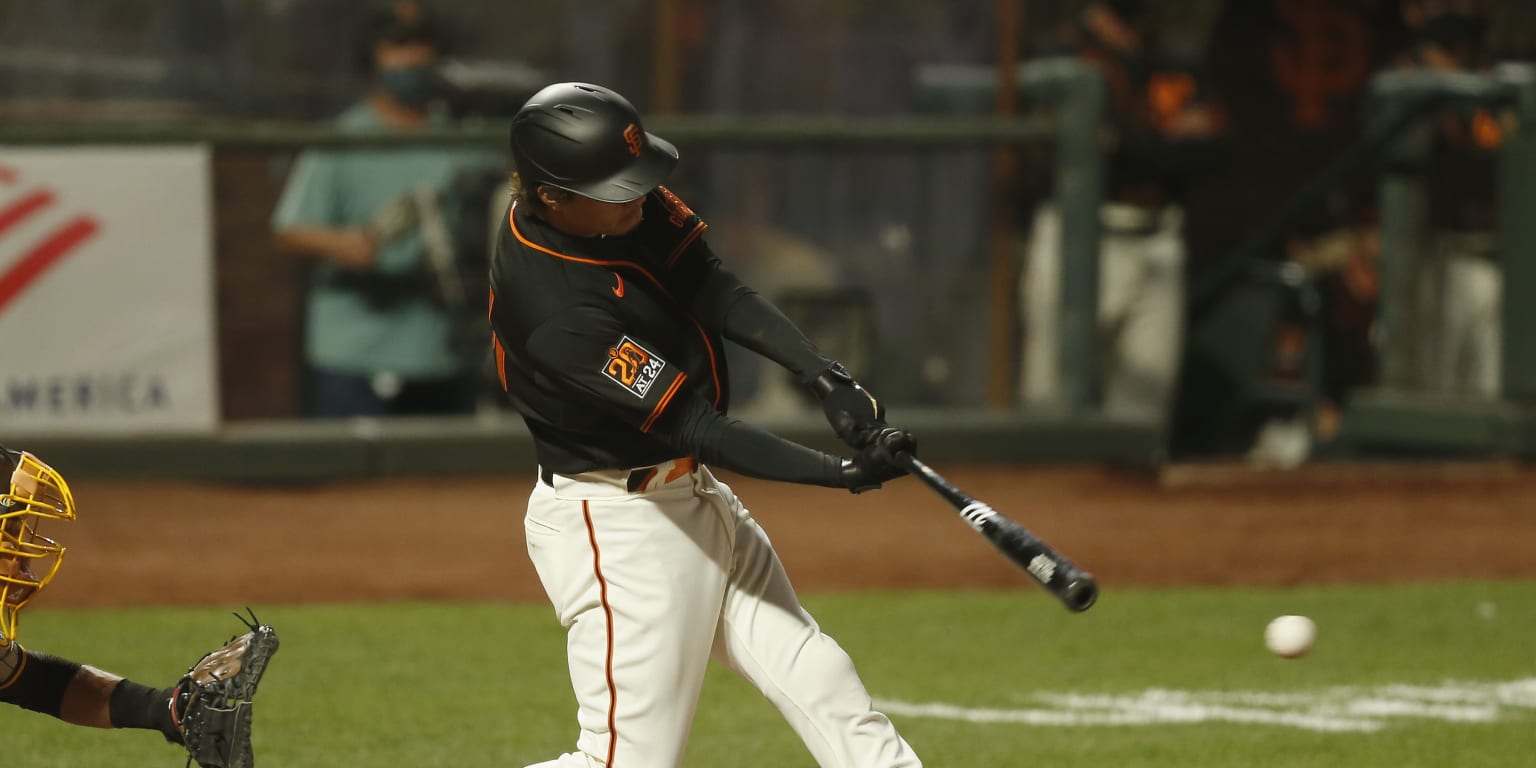 SAN FRANCISCO — The Giants entered Saturday having lost two of their previous three games in heartbreaking fashion, but they could take some solace in the fact that they still controlled their own destiny. That’s no longer the case.
The Giants will head into Sunday’s regular-season finale with their postseason

SAN FRANCISCO — The Giants entered Saturday having lost two of their previous three games in heartbreaking fashion, but they could take some solace in the fact that they still controlled their own destiny. That’s no longer the case.

The Giants will head into Sunday’s regular-season finale with their postseason hopes on the line following a 6-2 loss to the Padres on Saturday night at Oracle Park.

The defeat dropped the Giants to 29-30, tied with the Brewers for the eighth and final playoff spot in the National League. Since Milwaukee owns the tiebreaker over San Francisco, the Giants will need the combination of a win over the Padres and a Brewers loss to the Cardinals on Sunday to secure their first playoff berth since 2016. If they get in as the No. 8 seed, they’d head to Los Angeles on Wednesday for the start of a best-of-three Wild Card series against the rival Dodgers.

• Here’s how NL Wild Card tiebreaker scenarios would play out

There’s a chance the Giants’ fate could remain unknown until Monday, too. If the Giants and Brewers both win on Sunday, that would leave San Francisco (30-30), Milwaukee (30-30) and St. Louis (29-29) in a three-way tie. The Cardinals would then have to head to Detroit on Monday to make up one or two of their remaining games with the Tigers. They would need to win only one seven-inning game to knock out the Giants.

The Giants could have saved themselves the headaches by closing out late leads against the Rockies on Thursday and in the second game of Friday’s doubleheader against the Padres, but they let those opportunities slip away. They did themselves no favors with Saturday’s loss either.

One day after being walked off at their own ballpark, the Giants came out looking flat in their penultimate game of the regular season. They were held scoreless through the first seven innings by Zach Davies, Craig Stammen and Garrett Richards and also committed mistakes on the basepaths and on defense.

Rookie committed the most egregious error when he was thrown out at third base on a stolen-base attempt in the fifth. The Giants had Mike Yastrzemski at the plate and Alex Dickerson on deck with a pair of runners on and one out when Dubón took off for third to try to generate some momentum for San Francisco. The decision had the opposite effect, as Manny Machado easily tagged him out to undercut the potential rally. Yastrzemski subsequently struck out against Stammen to end the inning.

Kapler said he spoke with Dubón afterward and bluntly expressed his assessment of the play.

“He just made a mistake at a critical time in the game,” Kapler said. “Dubón and I talked about it after the game. I told him I needed to be honest with him. I said, ‘It’s a really bad baseball play.’ It’s a bad baseball play because there’s a tiny, tiny bit upside and there’s a ton of downside.”

“It’a a dumb baseball play,” Dubón conceded. “That can’t happen. You want to get the team going. At the end of the day, I ended up slowing it down.”

The Giants managed to cut the deficit to 3-2 by scoring a pair of runs off lefty sidewinder Tim Hill in the eighth, but the Padres came back to pad their lead with back-to-back home runs from Tommy Pham and Mitch Moreland off Tony Watson in the ninth. Watson logged a 0.53 ERA over his first 19 appearances for the Giants this year, but he’s now allowed five runs (four earned) over 1-plus innings in his last two outings.

Right-hander yielded three runs over 6 1/3 innings in his final start of the regular season, with all the damage coming in a fourth inning that was ignited by a leadoff home run by Fernando Tatis Jr. Cueto, who battled hip tightness during this pandemic-shortened season, ended the 2020 campaign with a disappointing 5.40 ERA, the highest mark of his 13-year career.

“It was a very short season and my numbers are not what I expected,” Cueto said. “What we have to do is try and win tomorrow and if we move on then maybe I’ll get another chance.”

The Giants will now pin their playoff hopes on left-hander Drew Smyly, who is scheduled to start Sunday in his fourth appearance since returning from the injured list. The Padres will counter with lefty Adrian Morejon, who is expected to kick off a bullpen game for San Diego. Games across Major League Baseball will begin at 12:05 p.m. PT, setting the stage for a dramatic finish to the 2020 regular season.

“I’ve already turned the page on tonight,” Kapler said. “Tonight sucked. We are prepared to come out and win tomorrow’s game.”

Maria Guardado covers the Giants for MLB.com. She previously covered the Angels from 2017-18. Follow her on Twitter.