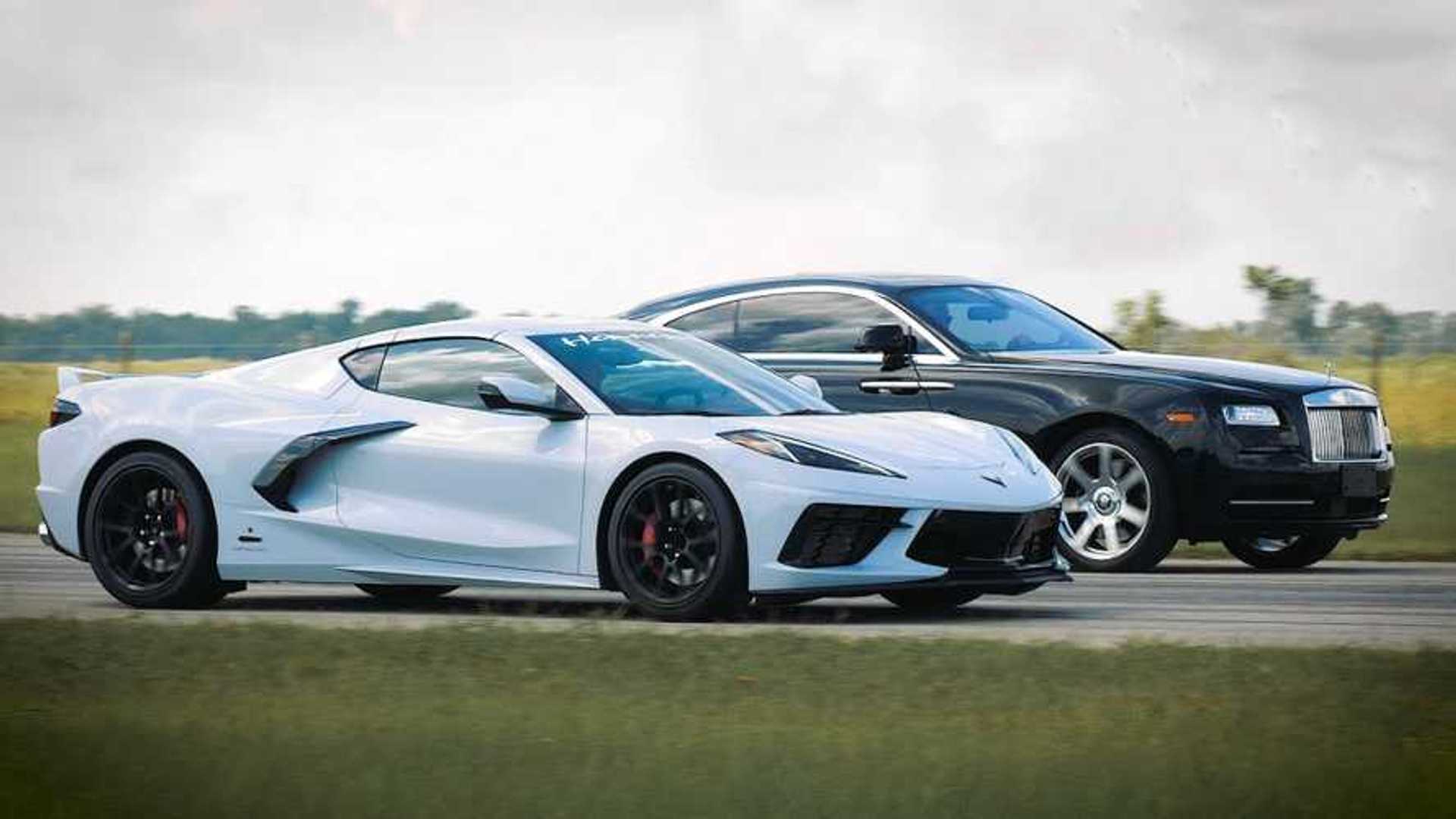 Both have two doors, both are coupes, but wildly different.

Despite the adversities of this year, the Chevy Corvette C8 flourished and probably one of the most popular models of 2020. We’re almost done with its first-year run and the 2021 model year is almost ready to enter production to fulfill orders. In fact, the National Corvette Museum recently showcased the 2021 Corvette in its new Red Mist color option – a preview of what’s new in the mid-engine sports car.

But Hennessey isn’t just done yet in drag racing the new Corvette. In a recent upload, the Texas tuner pits its shop sample versus a very unlikely contender: a Rolls-Royce Wraith.

Thinking about it, both are coupes and have two doors, but the similarities between the two end there. One’s a mid-engine sports car that’s designed to conquer race tracks, while the other’s made to attend galas and cocktail parties in the most opulent manner.

But then again, why not? Hennessey said that this drag race is for “some very necessary comparison testing.” Then again, if you’ve watched the video, you’ll know that those guys really had fun racing the two.

For some brief backgrounder, the Vette here is almost stock, except for the Hennessey exhaust upgrade. As for the Wraith, well, it’s certainly more powerful than the Corvette with its twin-turbo V12 that makes 623 horsepower (465 kilowatts) and 642 pound-feet (870 Newton-meters) of torque. However, the Wraith is also significantly heavier than the C8, which makes this drag race kind of on the same ground.

Then again, they’re indeed wildly different from each other but which one’s quicker? You probably know the answer even without watching the video atop this page, but go ahead and check it for good measure.